Beatles-autographed chunk of "Ed Sullivan Show" backdrop up for auction 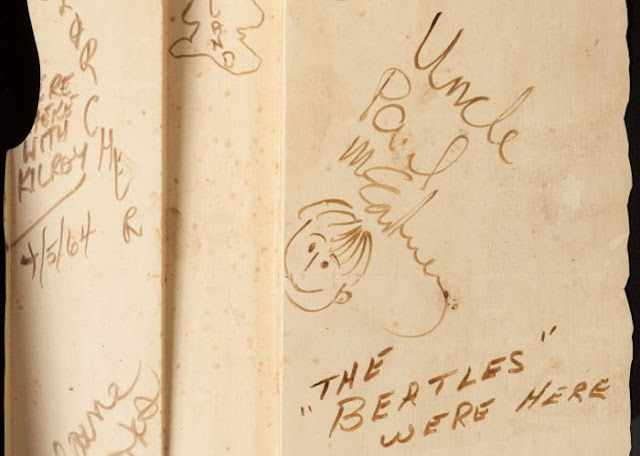 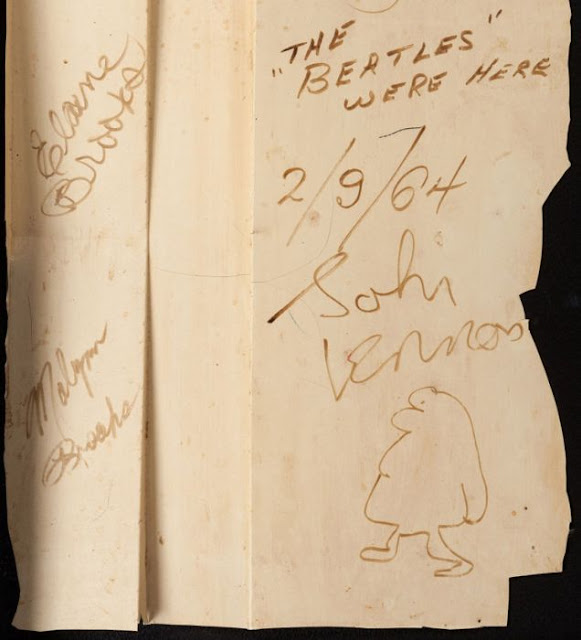 Fifty-seven years ago, on February 9, 1964, The Beatles made history with their first live American television appearance on "The Ed Sullivan Show." It had one of the largest viewing audiences ever, changed the course of music and influenced generations to follow. Today, Rockaway Records is proud to present a rare, one-of-a-kind artifact from that historic debut - a fully-signed piece of that stage's backdrop. Each Beatle penned his autograph on the back of the wall, accompanied by a playful caricature that each drew next to their signature.

"We're thrilled to offer this museum-worthy piece of music history," Wayne Johnson, co-owner of Rockaway Records, says. "In over 40 years in business, this is the most exciting item to cross our path. Music was truly changed forever that day, making this one of the most important pieces of Rock and Roll history."

This 16" x 48" piece of that plastic wall has only had a few previous owners; its most recent one just consigned it with Rockaway Records. The wall segment is in very good condition, and is professionally mounted in a shadow box display. The signatures and drawings, originally done with black marking pen, have turned brownish over the years, but still maintain a distinctive color. The wall segment comes with a Letter of Authenticity from Frank Caiazzo, the world's foremost Beatles signature expert, as well as letters of provenance from the original owners. It's offered for sale at $700,000. For more information: https://www.rockaway.com/beatles/1964-ed-sullivan-stage-wall-signed-by-the-beatles-20920.