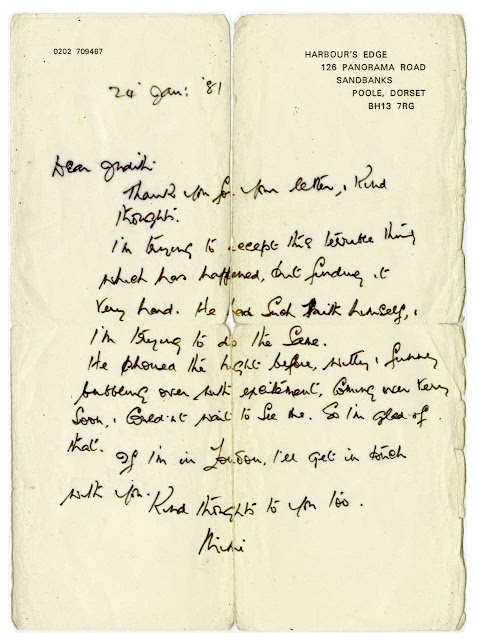 A letter sent by John Lennon's Aunt Mimi Smith to Daily Express reporter Judith Simons 40 years ago today mentions that John had planned to visit England, but was killed before he had a chance to do so.

Smith wrote the letter to Simons on Jan. 24, 1981, several weeks after John was murdered in New York City. It reads:

“Dear Judith, Thank you for your letter, kind thoughts.

“I’m trying to accept this terrible thing which has happened, but finding it very hard. He had such faith himself, I’m trying to do the same.

“He phoned the night before, witty, funny, bubbling over with excitement, coming over very soon. Couldn’t wait to see me. So I’m glad of that. If I’m in London, I’ll get in touch with you. Kind thoughts to you too. Mimi.”