Here are some vintage clippings about Barber's recording of the tune, followed by the tune itself. You can hear Paul, Jane Asher and others adding some vocal sounds.

Following that, is an early Beatles recording of the tune. 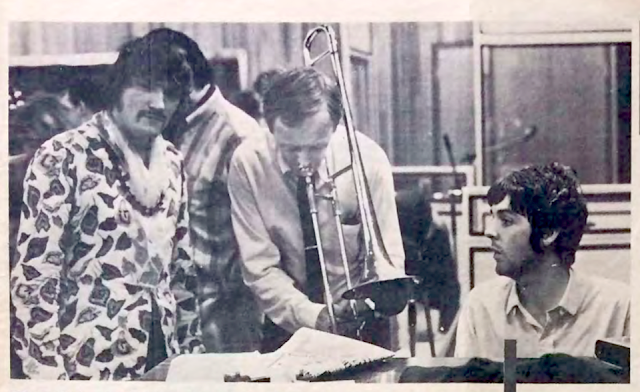 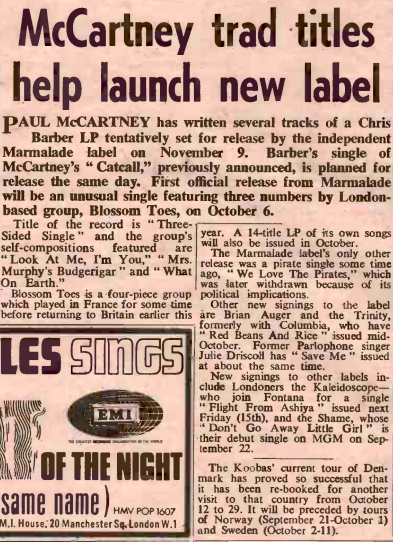 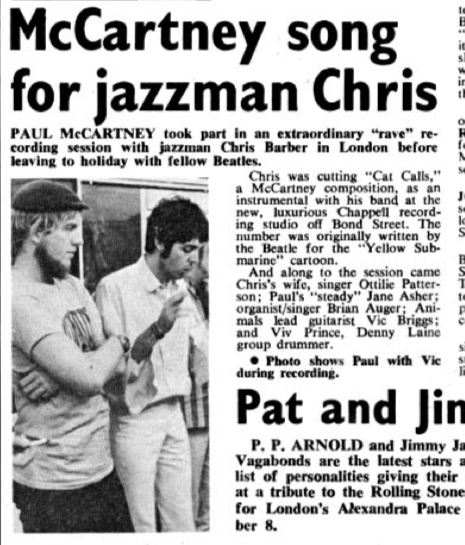 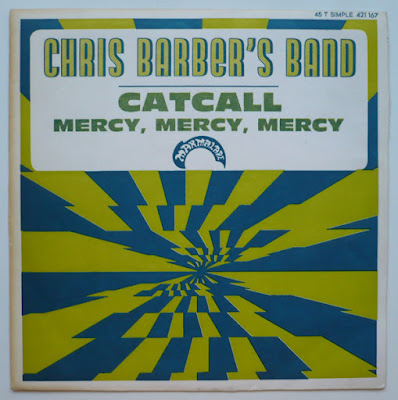 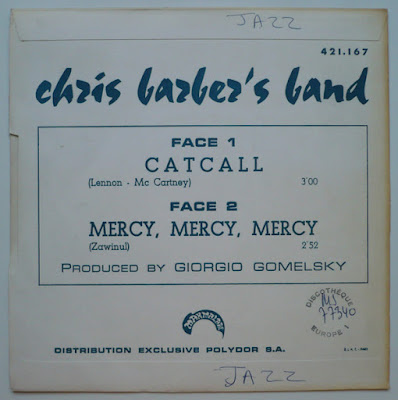 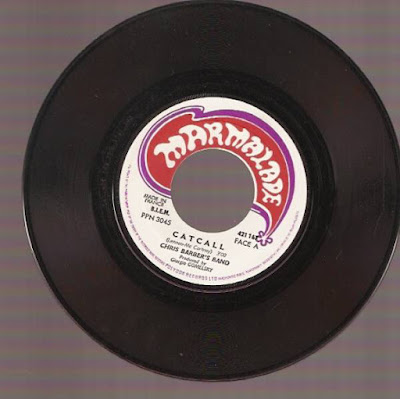