Check out the latest issue of the longest-running Beatles fan mag in the U.S.

It includes an article I wrote about critical response to the Abbey Road LP when it first came out back in September 1969. Turns out not everyone loved it (to say the least)!


Beatlefan #240 begins our two-issue celebration of the 50th anniversary of the release of The Beatles’ “Abbey Road.” In this jam-packed golden anniversary issue, Bruce Spizer traces the recording of the album, Ken Orth tells the story of one of the most famous album cover photos, and John Firehammer looks at its less than positive reception by reviewers in 1969. In addition, Walter J Podrazik offers an alternative history in which the album would have made a great live show, and Spizer and Brad Hundt weigh in on the new remix. Also, Cortney Kintzer recounts the visit he and his daughters made to Abbey Road Studios, and Al Sussman looks back at what else was going on in ’69. Plus, Kathy Urbanic provides a fan’s tale of John Lennon’s 31st birthday party, and Gary Parker pays tribute to a Paul McCartney album he considers an overlooked treasure. And, of course, we have the latest news, as well as reviews of other recent recordings and books, including Ringo’s new album. For more information on how you can get this issue, or subscribe to Beatlefan, email goodypress@gmail.com. 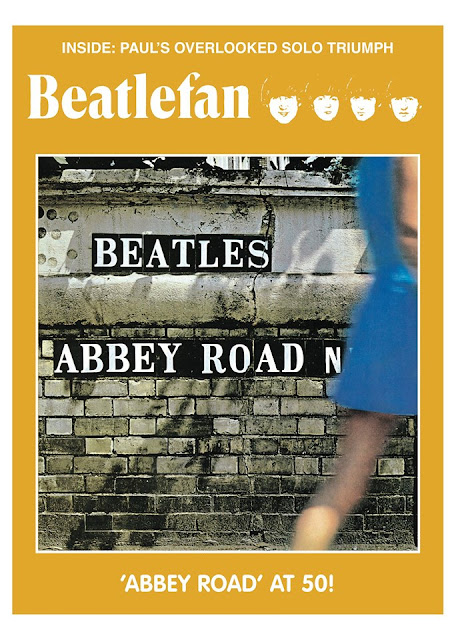