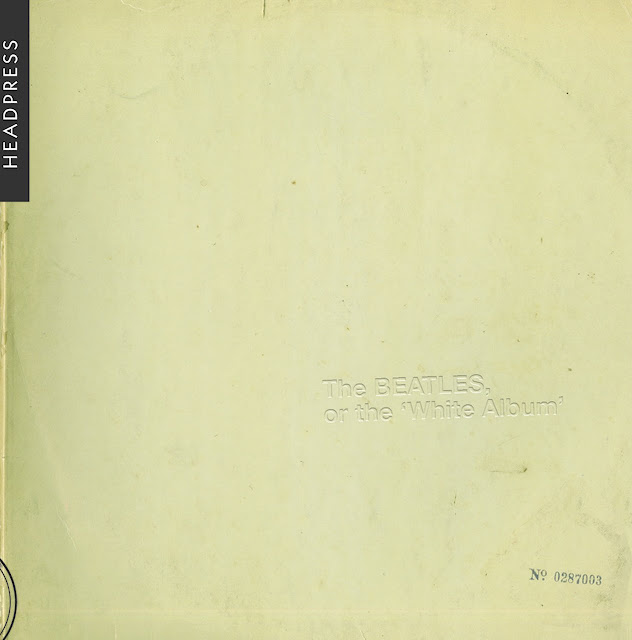 We mentioned a few days back that author Bruce Spizer has a "White Album" book in the works. Here's another one that's on the way, out Nov. 22 and available for pre-order now from Amazon.

Critical opinion on The Beatles (aka the 'White Album') in 1968 varies, the record being seen as something of a comedown after the exhilaration of the group’s somewhat over-rated predecessor, Sgt. Pepper's Lonely Hearts Club Band. In addition, conventional wisdom holds that The Beatles marks the beginning of the end of the Lennon/McCartney partnership. This book however, exists to argue that The Beatles is not only the finest achievement of the Beatles group but can also be considered one of the greatest LP recordings of all time.

The Beatles were famous as a tight unit with extremely high standards of composition, musicianship and production and it is the ‘messiness’ of The Beatles LP that is considered problematic (most famously by producer George Martin who wanted to edit the songs into a single LP). Unlike the relatively consistent style the previous LPs had offered, The Beatles revels in confusion. Is the LP rock’n’roll? Folk? Avant-garde? Rock?

Looking back at the LP 50 years later, The Beatles can be seen as a true representation of the spirit of the ‘Fab Four’ and the individual talents that combined to form the greatest group of all time.

This book is not to be read as a scholarly study of The Beatles LP but rather as an experience like listening to the actual record itself: uneven, disorientating, difficult and fun.