on April 22, 2016
Paul McCartney is set to join the Bob Dylan, the Rolling Stones, the Who, Neil Young and Roger Waters in a 60s dream-time in a Coachella-produced mega festival in California this fall.

The Who's Roger Daltry confirmed the details.


“I think it’s us and Roger Waters on the same day,” he told the Canadian media company Postmedia Network. “It’s a fantastic idea for a festival. It’s the greatest remains of our era.”

Paul McCartney and Ringo Starr have donated a scarf and necktie, respectively, for a charity auction benefiting  a male cancer awareness charity.

Paul's scarf is the same one he wore on the cover of the Rupert the Bear single "We All Stand Together." You can bid on it here. 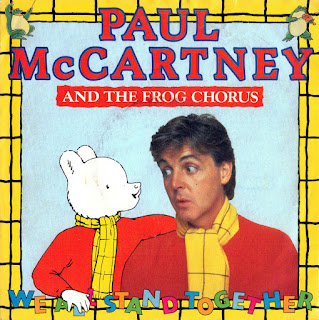 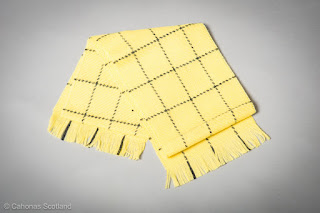 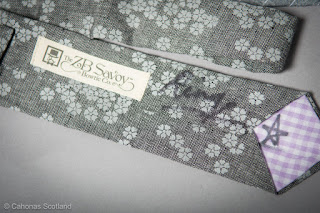 Paul McCartney joined People for Ethical Treatment of Animals in proclaiming Portland, Ore., "the most vegan-friendly city in the nation during his tour stop there this week.


“The City of Roses is the city of the future,” said McCartney of Portland’s creative vegan scene.
The former Beatle was given a box of gourmet vegan cheeses from Vtopia Restaurant & Cheese Shop and seitan cold cuts from Homegrown Smokehouse and Deli, courtesy of PETA.


The singer's latest hit Work has scored a ninth week at the top of the Billboard Hot 100, giving her an overall tally of 60 weeks at number one with 14 songs.

That's one more week at number one than The Beatles' overall total.

See are pics of the Beatles and John Lennon - made from cassette tape! 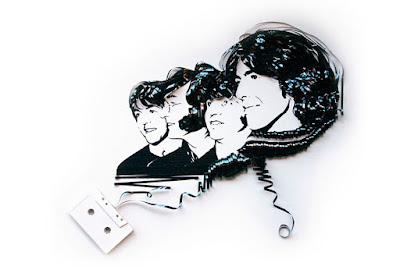 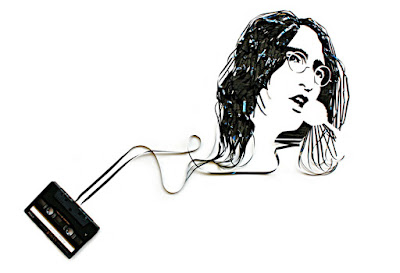