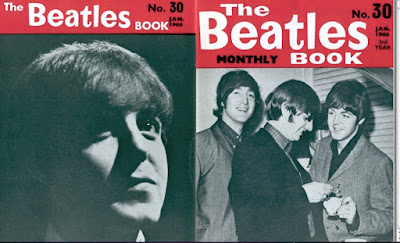 Unlike the packed December edition of Beatles Book Monthly, which carried news of Rubber Soul and "The Music of Lennon and McCartney" TV special, the January issue had little major news to report.

Features included a look at the history of the Beatles Fan Club, told by its secretary, the beloved Freda Kelly. 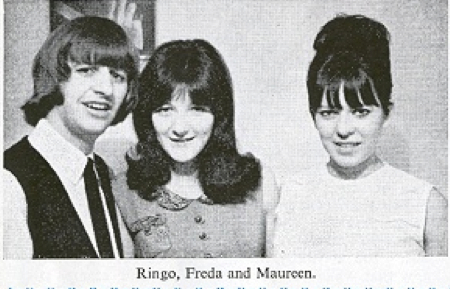 There was also a report on the Beatles' December British tour, during which one of George's guitars, a Gretsch Country Gentlemen, fell off the back of the group's limousine, meeting an ugly demise. 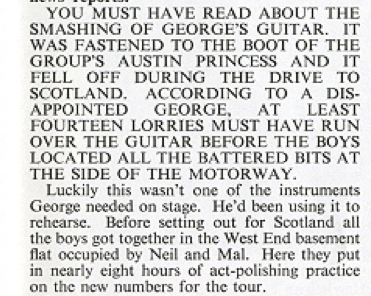 There was also news about John and George selling off their sports cars: 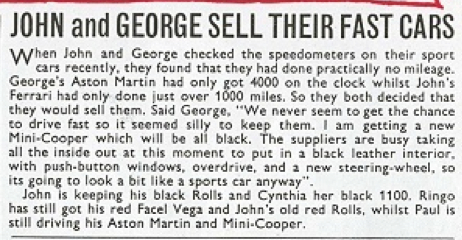 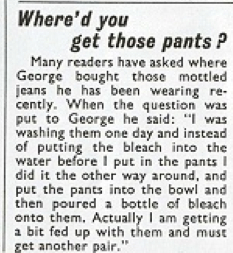 There were also plenty of great pictures from the Rubber Soul sessions, and of the Beatles making tea! 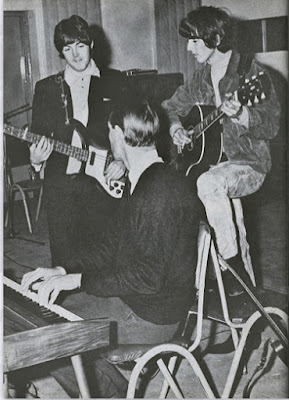 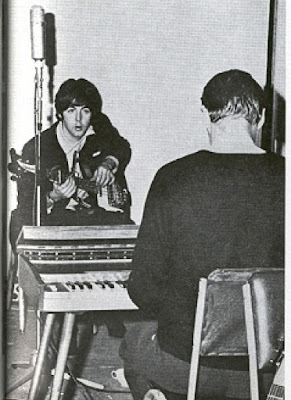 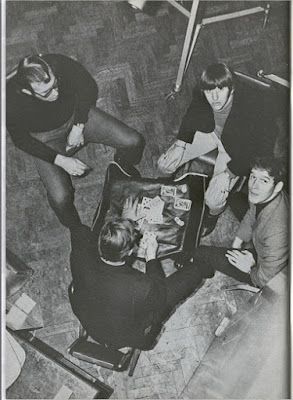 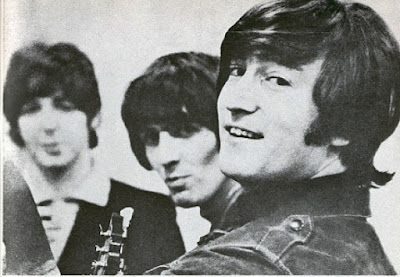 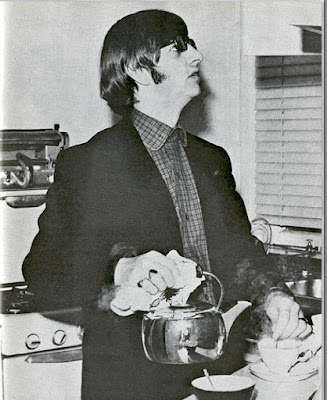 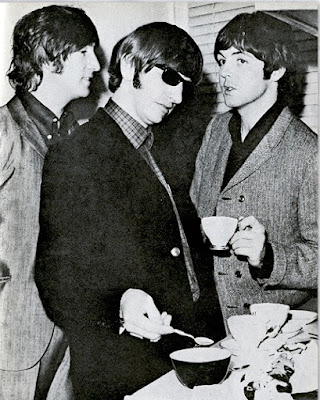