on July 31, 2015
Wogblog posted perhaps the only photo depicting both Pete Best and his replacement Ringo Starr in the same shot: 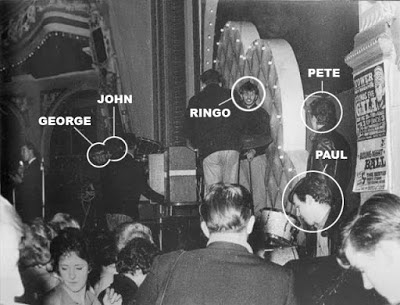 Check out an interactive photo display on the Beatles' 1964 American tour. You can buy photo prints here, too. 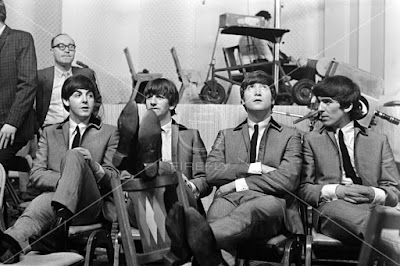 Paul McCartney's performance at this weekend's Lollapalooza Festival will be live streamed.

Paul has posted a collection of  crowd photos from his most recent shows. 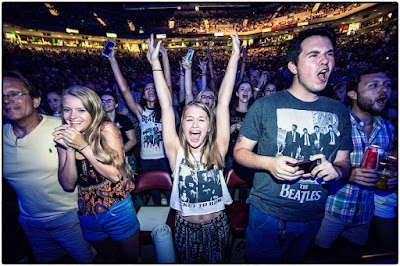 Cartoonist Pablo Stanley has posted a pretty cool strip based on the lyrics to John Lennon's "Imagine." You can order prints of it here.

Author Andy Babiuk is coming out with an expanded version of his indespensible book, "Beatles Gear," which examines the various different instruments the group used to make its music.

The new version, set for November release, is double the length and features more than 600 photographs of the Beatles and their instruments.

The CBC is sharing photos and video from its archives of the Beatles' 1964 performance at the Maple Leaf Gardens in Toronto. 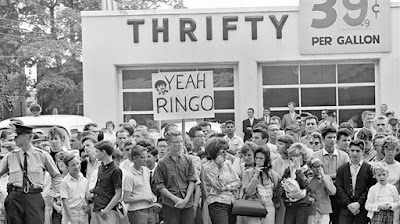 Members of U2 joined Yoko Ono in the unveiling of a new Beatles-themed tapestry on New York's Ellis Island.

The work depicts the island of Manhattan as a Yellow Submarine with John at the helm. It's a celebration of his quest to become an American citizen in the 1970s.

U2's Bono used the moment to proclaim the Beatles as Irish, saying Lennon was:

It's known that John, Paul and George have an Irish heritage. It's not certain whether Ringo has any Irish background. There's an interesting site regarding the Beatles' Irish roots here.

I'm also not sure what John would make about the "Yellow Submarine" association, as he had little to do with the tune, which was mostly composed by Paul.

At any rate, it's still a nice recognition, acknowledging John's success in gaining citizenship despite efforts by the Nixon Administration to oust him from the country due to his anti-war and counter-cultural activities. 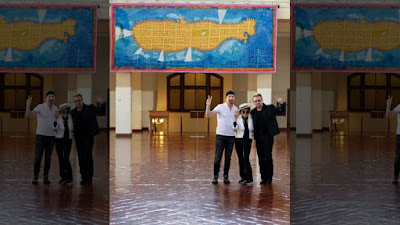