Garden gnome featured on "Sgt. Pepper" cover up for auction

A cardboard cutout of a garden gnome featured on artist Peter Blake's cover for the Beatles' Sgt. Peppers Lonely Hearts Club Band album is up for bid.

The cutout is autographed by all four Beatles.


Following the shoot on March 30, 1967, Mr Cooper's photography assistant was given the 20-inch tall cardboard gnome as a souvenir by the band, who each signed it.

The model has emerged for sale almost 50 years later after being listed for auction by a private collector. Auctioneers in the US have valued the gnome, which has some water damage, at about £17,000. Dean Harmeyer, of Heritage Auctions, said: 'This is a true rarity and a cornerstone piece of any Beatles collection.' 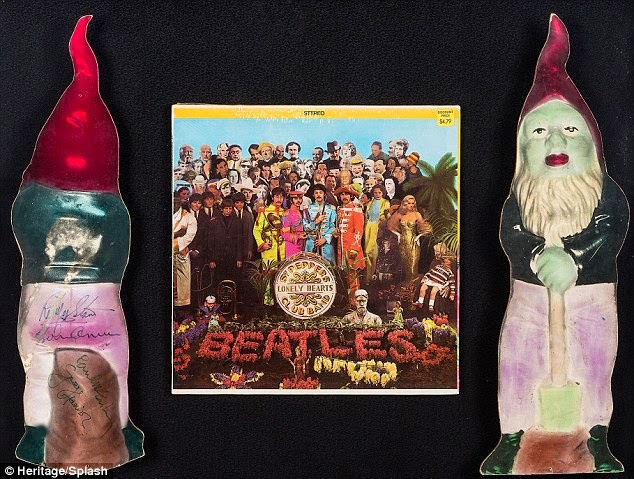