Debate: Which Merseyside football club did the Beatles support?

There was an interesting discussion recently on the Steve Hoffman music forums about the Beatles and football (soccer).

With two popular football clubs in the Liverpool area, which - if any - did the Beatles support.

The consensus was that Paul McCartney was the most vocal about following football and leaned toward Everton out of deference to his dad and the region where he grew up. However, he very diplomatically endorses support for Liverpool Football Club, too. It's a "push comes to shove" scenario.

During their 1964 American tour, the band was asked numerous times about sports and which they enjoyed. Quite surprisingly to many conformist, sports-loving American reporters of the day, the Beatles on several occasions made it clear they could care less about sports. John Lennon called them a "waste of time." Even Paul professed little interest.

Here are a few quotes I found and shared as part of the discussion:

Q: "Fellas, I know in Europe soccer is the big sport. Do you have any favorite sport here in America, such as Baseball or American football?"


Linda McCartney: We spent last night listening to Liverpool football team on the radio, wanting them to win so badly. Paul supports Liverpool. He was Everton for a while because of his family - but it's all Liverpool now.


Paul: Here’s the deal: my father was born in Everton, my family are officially Evertonians, so if it comes down to a derby match or an FA Cup final between the two, I would have to support Everton.

But after a concert at Wembley Arena I got a bit of a friendship with Kenny Dalglish, who had been to the gig and I thought ‘You know what? I am just going to support them both because it’s all Liverpool and I don’t have that Catholic-Protestant thing.

So I did have to get special dispensation from the Pope to do this but that’s it, too bad. I support them both.

They are both great teams.

But if it comes to the crunch, I’m Evertonian.” 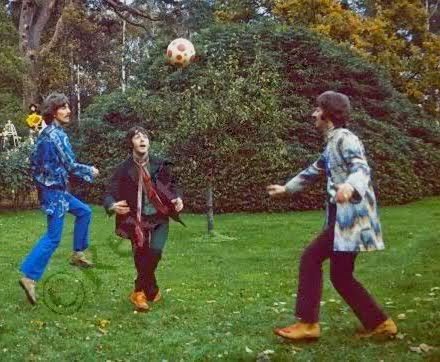