Paul McCartney's site is offering the lost 1974 track "Love My Baby" as a free download today.

"Love My Baby" is available as a free download only and is not included on the remastered versions of McCartney's Venus and Mars and Wings at the Speed of Sound, both out today. Go here to get it.


'Love My Baby' was recorded as part of the film 'One Hand Clapping'. Filmed in Studio 2 at Abbey Road, in late summer of 1974, the documentary captures Paul playing numbers from Band on the Run with Wings.

Paul has said of the film: "'One Hand Clapping'. It’s nice to see that one re-surfacing. It was made by a friend of mine, David Litchfield; he produced a little magazine that was funky (Ritz, co-edited with David Bailey). We decided that he would shoot a very simple piece, on video. We would just go into Abbey Road and play basically what we had rehearsed. So we went in there and it was very simply filmed, absolute basic stuff, and I think its charm now is that there’s no pretence. It is what it is. We just called it 'One Hand Clapping', for absolutely no reason." 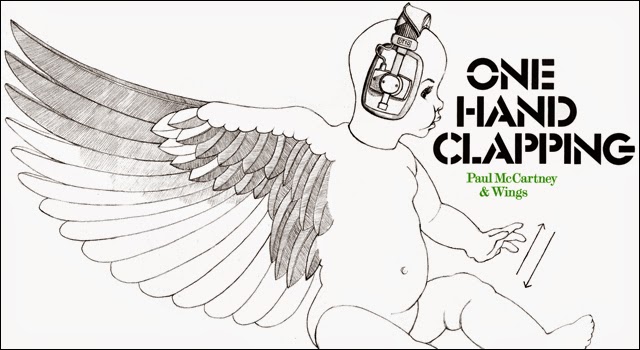