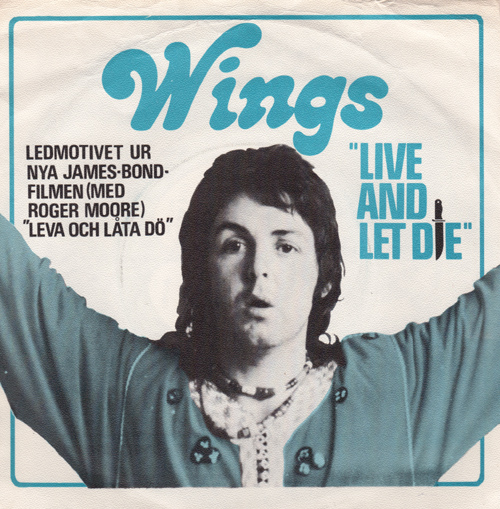 RadioTimes has an exclusive clip from a new documentary on the music of James Bond films, includes Paul McCartney and George Martin discussing "Live and Let Die."

From the accompanying article:

The special [celebrates] 60 years since Bond first appeared on the big screen, offers viewers an in-depth look at the many iconic tracks featured across some 25 films – including Paul McCartney's Live and Let Die.

..George Martin, who composed and produced the track alongside McCartney, reveals that producers had asked McCartney if he wanted to write a song for the movie.

The Beatles singer himself explains in the preview that he agreed, and wrote the song without a script.

"They didn't have a script then, I don't think, so they sent me the Ian Fleming book and I read it and thought it was pretty good and that afternoon I wrote the song," he says, before adding: "It was co-produced with George Martin, and I worked with George which I hadn't done since The Beatles."

Martin goes on to detail that producers asked him who he thought should sing it, suggesting Thelma Houston and Aretha Franklin.

"I had to put it to him as delicately as I could that if he didn't take Paul, they wouldn't get the song," Martin says.