Tablecloth Featuring Drawings by the Beatles Up for Bid 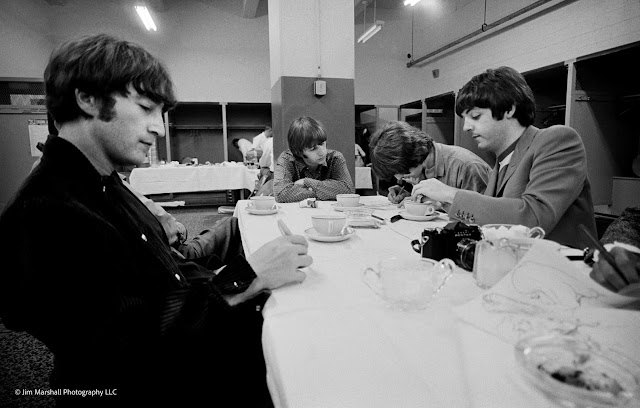 From the Los Angeles Times:

A pilfered relic from the night of the last concert the Beatles played together has been recovered and is going on the auction block.

It’s a 14-inch by 17½-inch cotton tablecloth bearing food and drink stains, autographs and several “acid-inspired doodles” and portraits by the Fab Four and Joan Baez. The group created the item during a catered dinner they had in a locker room at San Francisco’s Candlestick Park on Aug. 29, 1966 — the night of the Beatles’ last gig. The piece is being offered to the public in a Bonhams online auction beginning Friday for an estimated $15,000 to $25,000.

That night, the locker room had been set up as iconic band’s dressing room and dining area and had been described as “chaos.” The scene — even John Lennon, Paul McCartney, Ringo Starr and George Harrison’s doodling with Pentel markers — was chronicled in the concert’s many music reviews at the time.

“At some point in the time the band had before going on stage, the Beatles sat down to dinner with Joan Baez and others, to eat around this tablecloth, doodling and writing on the cloth in between eating their food,” according to the Bonhams listing.

“As the scene unfolded around the table, the band were experiencing mixed feelings of relief and celebration,” it said. “The significance of that night was not lost on the band and Lennon and McCartney both carried cameras on to the stage with them to record the moment.” 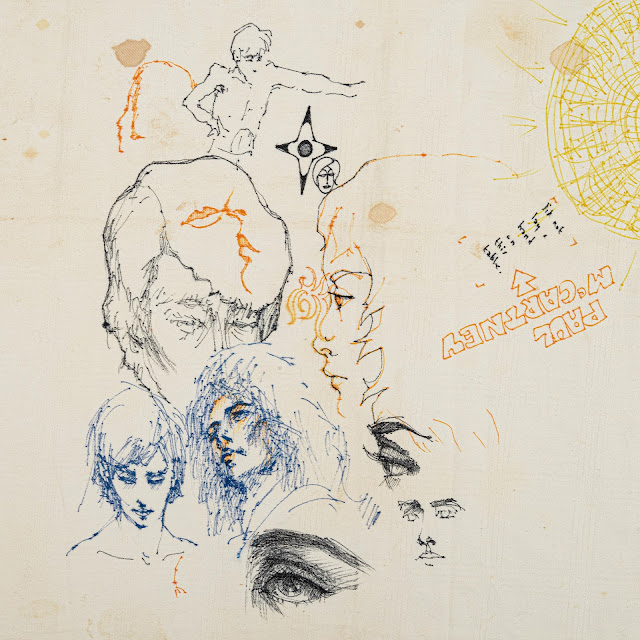 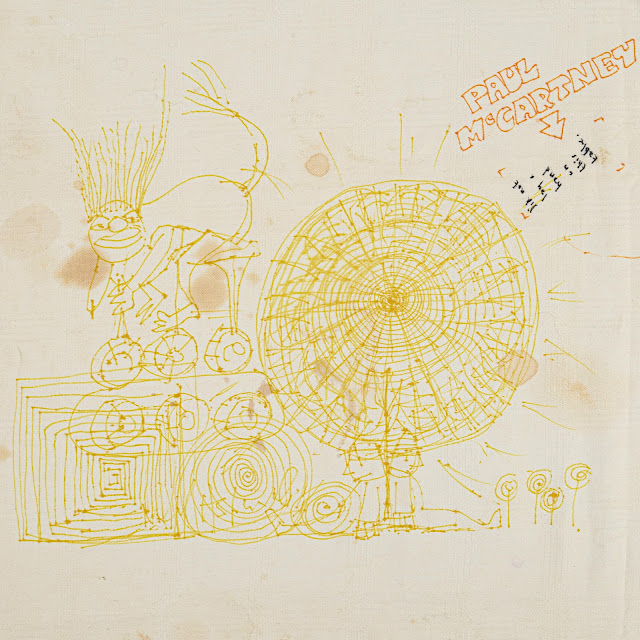 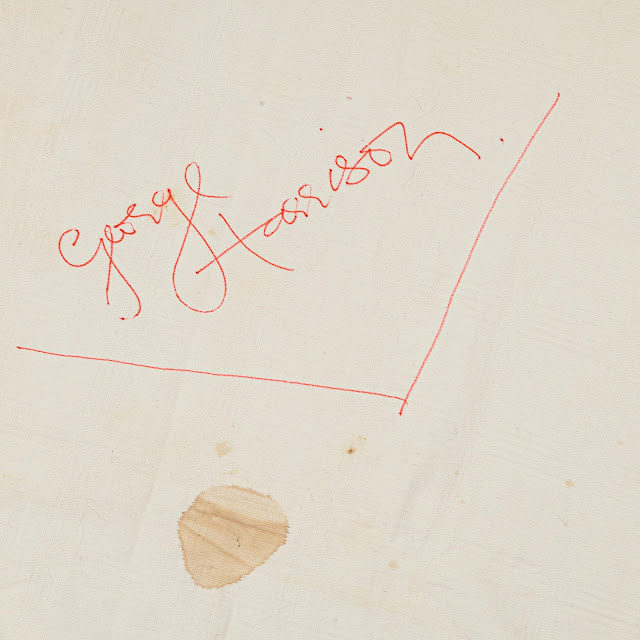 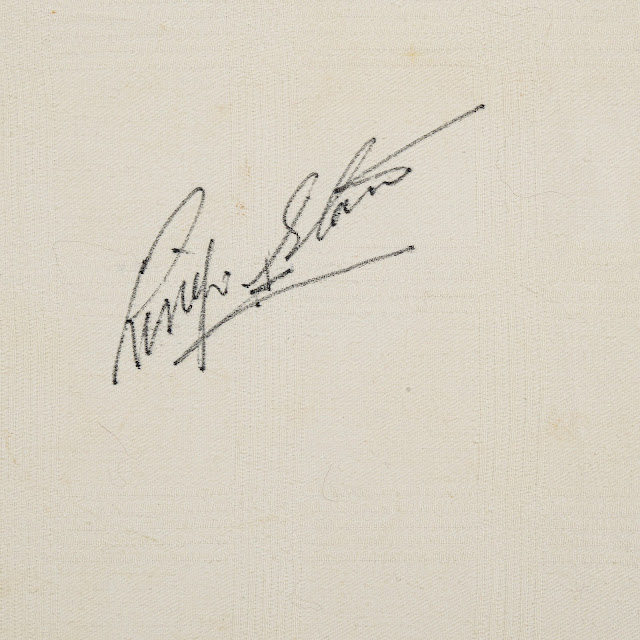