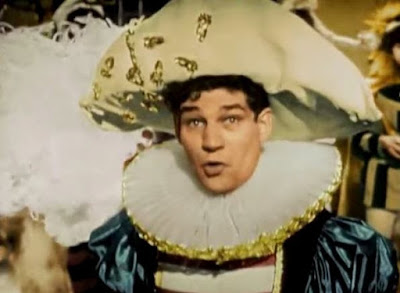 British actor Trevor Peacock, who appeared with the Fab Four as Peter Quince in the "Midsummer Night's Dream" segment of the "Around the Beatles" TV special, died March 8 at age 89.

Peacock is likely best known to British TV fans for his role as Jim Trott in the BBC series "The Vicar of Dibley." He also was a successful songwriter, penning "Mrs. Brown, You've Got a Lovely Daughter," a major hit for Herman's Hermits, along with songs recorded by Beatles-associated folks such as the Vernons Girls, Joe Brown, Billy Fury and Bernard Cribbins.

The BBC has more here.

Email ThisBlogThis!Share to TwitterShare to FacebookShare to Pinterest
Labels: Around the Beatles, Trevor Peacock