Memoir by "Ringo" and Nilsson producer Richard Perry out soon 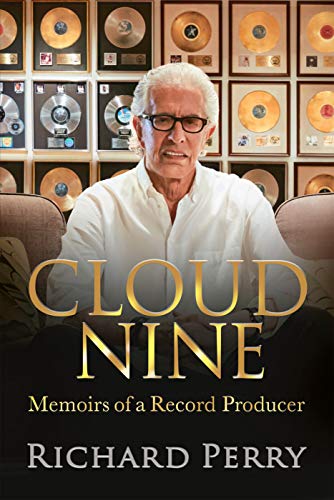 Richard Perry produced 1973's stellar "Ringo" album, which featured appearances by all four Beatles, along with an array of other stars. He also produced Harry Nilsson's classic 1970s albums. There should be some good inside info in this book. Available for pre-order now from Amazon.

Anyone who feels a connection to the best music of the last fifty years—and who doesn’t?—will revel in this uniquely American success story.

Even at a young age, Richard Perry knew that his destiny was to bring music into people’s lives.

What he couldn’t have dreamed was that his meteoric rise through the ranks of the music business would result in successful, ground-breaking, and award-winning collaborations with . . .

And many others, all of whom trusted him to shape the sound that made them great.

In spite of Perry’s numerous successes, he has had to overcome many adversities. After contracting Polio at the age of twelve, he wasn’t expected to walk again. But Perry proved doctors wrong by excelling as a very successful high jumper on his track and field team. Forty-eight years later in 2003, he was diagnosed with Parkinson’s Disease, and even though there is no known cure, he has continued to work and write.

In this candid and page-turning memoir, Perry transports us through his eventful life, from his childhood in Brooklyn, where he played in bands, starred in musicals, and witnessed the birth of rock ‘n’ roll; through his sometimes rocky but always thrilling climb up the music-business ladder; and finally, into the studios and personal lives of the many superstars who provide our most enduring soundtrack.

Throughout his story, Perry remains entertaining and fun-loving company, always awed by his own proximity to greatness and boundlessly enthusiastic about his contributions to our most beloved art form.