Coming Up: "Hide Your Love Away: An Intimate Story of Brian Epstein as told by Larry Stanton" 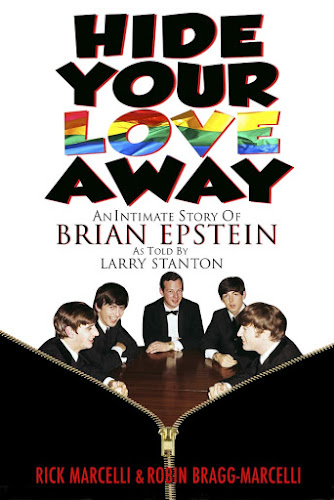 A new book about the Beatles' manager featuring the recollections of a man who reportedly carried out a four-year relationship with him.

Out Dec. 2. Order from Amazon now.

While Brian Epstein was basking in the attainment of fame with the Beatles and traveling worldwide, he also was struggling with a concealed darker side of life. The artists he managed had no knowledge of the demons Brian hid within, but due to a chance meeting, Larry Stanton became a mutual confidant. Hide Your Love Away takes place during the sixties music revolution with Brian in the forefront of historical changes and both in the midst of Hollywood and British luminaries. Notorious London gangsters and music moguls who played in the demise of the internationally recognized manager are disclosed. "Hide Your Love Away" narrates the details of Brian and Larry's four-year close and personal relationship and the introduction of a young manipulative man who became the toxic lover may be responsible for Brian's early death. "Hide Your Love Away" shares Brian and Larry's quest for true love and supportive companionship when the laws in England and the U.S. kept gay men and women locked in the closet.