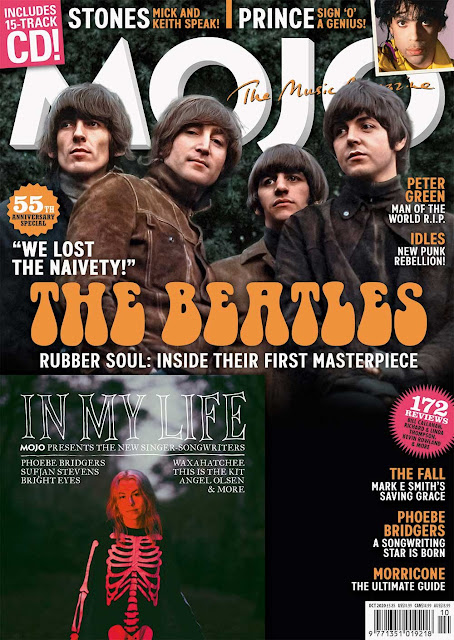 DRUGS, GAGS, SITARS, and the loos at Buckingham Palace: visit them all on our deep dive into Rubber Soul, The Beatles’ masterpiece that changed music and culture forever.

ALSO: Marvel at a rare chat with Mick Jagger and Keith Richards, as the Rolling Stones relive the “hairy” creation of Goats Head Soup; get sucked into the byzantine machinations of Prince’s Sign ‘O’ The Times; be inspired by a fitting tribute to Peter Green and a revealing interview with James Taylor. Meanwhile, a new school of singer-songwriters is explored on our Covermount CD, with tracks by Waxahatchee, Blake Mills, Ren Harvieu, Bright Eyes and This Is The Kit, while two of its brightest stars – Sufjan Stevens and Phoebe Bridgers – explain themselves inside. Plus: Idles return; Ennio Morricone is saluted; The Fall reach their peak; Dan Penn; Michael Rother; Joachim Cooder; Bill Callahan, Afel Bocoum; the birth of Glastonbury, and… Penetration!