Vintage clippings: George Martin and the launch of Radio One

On Sept. 20, 1967, the BBC launched Radio One, its first station dedicated to pop music. The station and format was spurred into being from the commercial offshore "pirate" radio stations broadcasting into England from international waters.

Obviously, the pirates and Radio 1 played a lot of Beatles music, and the new station commissioned the band's producer, George Martin, to pen a theme song for its launch, which he titled "Theme One."
Here are some vintage clippings about the station's launch, followed by Martin's theme. 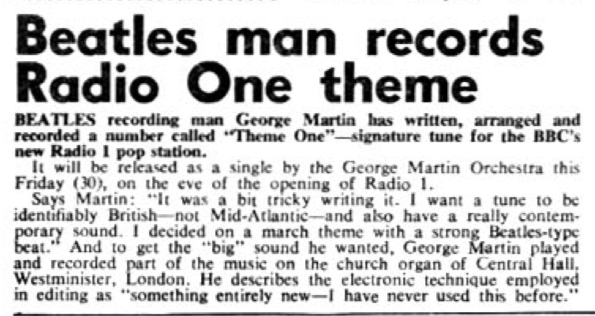 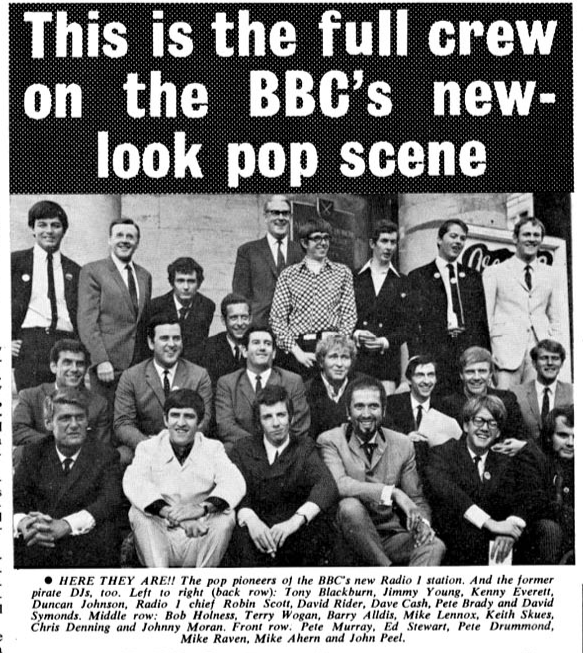 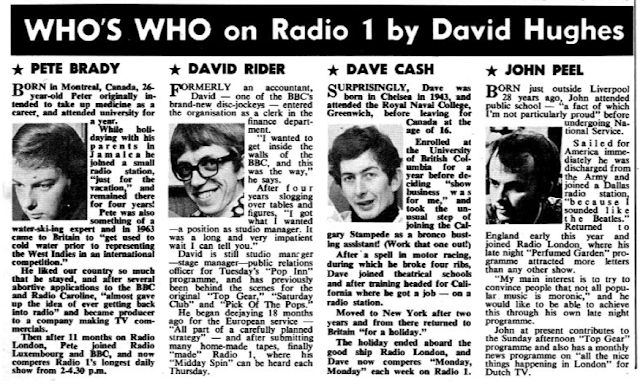