Paul McCartney paid tribute on Twitter to Civil Rights leader and former U.S. Congressman John Lewis who died at age 80 this week. Paul suggested that the Pettus Bridge in Selma, Ala., be re-named in Lewis' honor.

Police attacked Lewis, Rev. Martin Luther King and other Civil Rights marchers with billy clubs and tear gas as they marched peacefully across it on their way to the state capitol building in March 1965.

The bridge is named after Edmund Pettis, a former confederate general, U.S. senator and leader in the Ku Klux Klan. 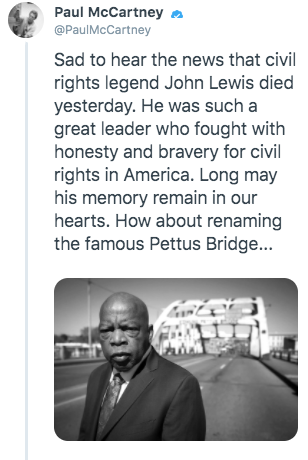 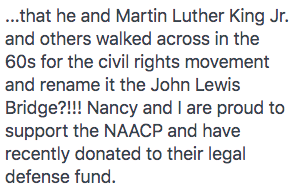