We continue our look at how the Beatles Monthly Book, the band's official fan magazine, reported the shift from the "Let it Be"/"Get Back" film project to the recording of Abbey Road.

Here, the magazine announces the sudden stop to the film project as the band abandoned rehearsals at Twickenham Film Studio and started recording sessions in the basement of their Apple Corps. headquarters in Saville Row.

In a separate article, Beatles assistant Mal Evans writes firsthand about the internal differences that led to the group leaving Twickenham and dropping the idea of playing a live concert.


His narrative puts a spin on things, downplaying the tensions that led George to walk out of the Twickenham sessions, an incident that ended up being reported "as a punch-up" in the tabloids.

George later said there'd been no physical altercation between him and any other of the Beatles (the rumors claimed it was John), but that he'd reached his limit in dealing with the tense environment of the film studio.

In the "Beatles Anthology," George alludes to the tense conversation between him and Paul that ended up being include in the "Let it Be" film:

They were filming us having a row. It never came to blows, but I thought, 'What's the point of this? I'm quite capable of being relatively happy on my own and I'm not able to be happy in this situation. I'm getting out of here.'

Everybody had gone through that. Ringo had left at one point. I know John wanted out. It was a very, very difficult, stressful time, and being filmed having a row as well was terrible. I got up and I thought, 'I'm not doing this any more. I'm out of here.' So I got my guitar and went home and that afternoon wrote "Wah-Wah."

It became stifling, so that although this new album was supposed to break away from that type of recording (we were going back to playing live) it was still very much that kind of situation where he already had in his mind what he wanted. Paul wanted nobody to play on his songs until he decided how it should go. For me it was like: 'What am I doing here? This is painful!'

Then superimposed on top of that was Yoko, and there were negative vibes at that time. John and Yoko were out on a limb. I don't think he wanted much to be hanging out with us, and I think Yoko was pushing him out of the band, inasmuch as she didn't want him hanging out with us.

Audio from the Twickenham sessions captured the walkout, with George telling the others he was leaving the band that that he'd "see them 'round the clubs." He also suggested that they put an ad in the music papers for a new guitarist. John later suggests that the Beatles get Eric Clapton as a replacement if George failed to come back.

Mal's account, however, doesn't mention George saying he'd quit the group, only that the live show idea had been abandoned and that the group had decided to leave Twickenham for Apple.

At Apple, the group started to shift away from working on the "Let it Be/Get Back" songs and toward recording a "new" album that became Abbey Road. 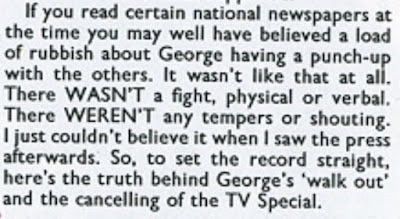 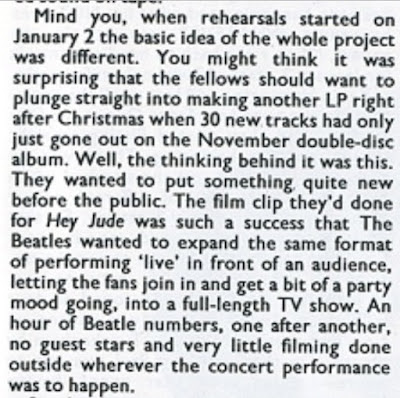 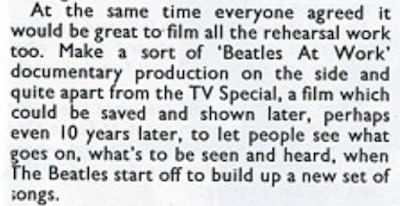 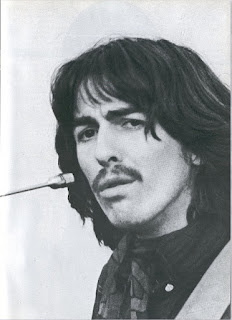 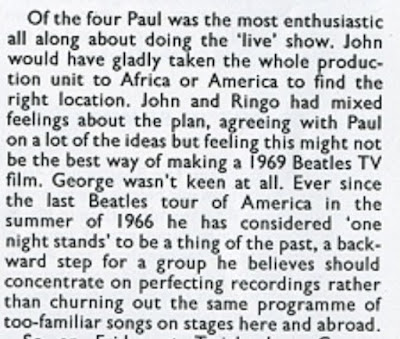 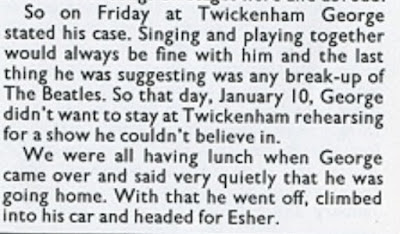 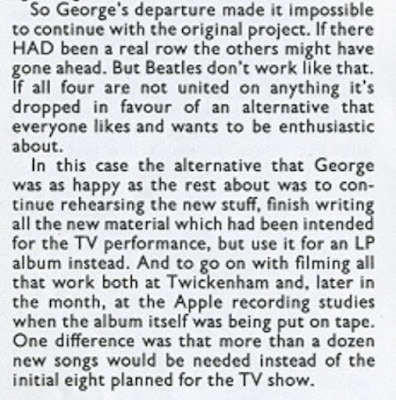 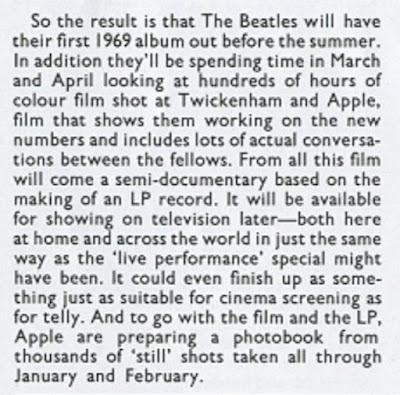 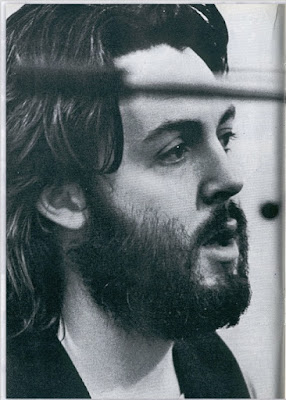