New book, "And in the End," puts focus on Beatles' last days 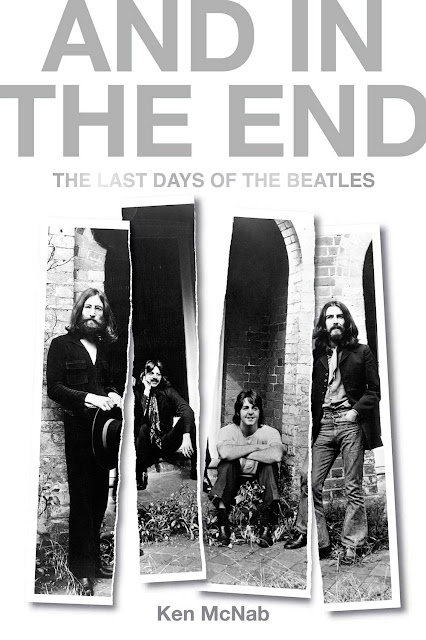 The Daily Mail today published excerpts from a book by Ken McNab, "And in the End: The Last Days of the Beatles," which is set for release in England later this month.

The excerpts in the Mail focus on territory familiar to most fans - the group's business issues, John's relationship with Yoko and use of heroin, the rudderless "Get Back" project, etc. - but it's obviously good timing for such a book, coming 50 years after the breakup and as the Beatles' camp prepares an anniversary release of the "Abbey Road" LP and director Peter Jackson's "Let it Be" film project.

Here's a description of the book on Amazon UK:


This is the story of the last acrimonious days of the Beatles, a final chapter reconstructing for the first time the seismic events of 1969, the year that saw the band reach new highs of musical creativity and new lows of internal strife. Two years after Flower Power and the hippie idealism of the Summer of Love, the Sixties dream had perished on the vine. By 1969, violence and vindictiveness had replaced the Beatles' own mantra of peace and love, and Vietnam and the Cold War had supplanted hope and optimism. And just as the decade foundered on the altar of a cold, harsh reality, so too did the Beatles.
In the midst of this rancour, however, emerged the disharmony of Let It Be and the ragged genius of Abbey Road, their incredible farewell love letter to the world.

McNab is also the author of 2012's "The Beatles in Scotland," which I haven't had a chance to read.