The official Beatles site just sent out word that you can pre-order the reissued Corgi Yellow Submarine toys we wrote about recently.

The die-cast vehiciles are replicas of those sold by Corgi in the 1960s and 70s and features figures of the animated Beatles. Is also has a rotating periscope, which moves as the model is pushed along.

U.S. price is $35 and they will ship in two weeks. Order via the official Beatles Store. 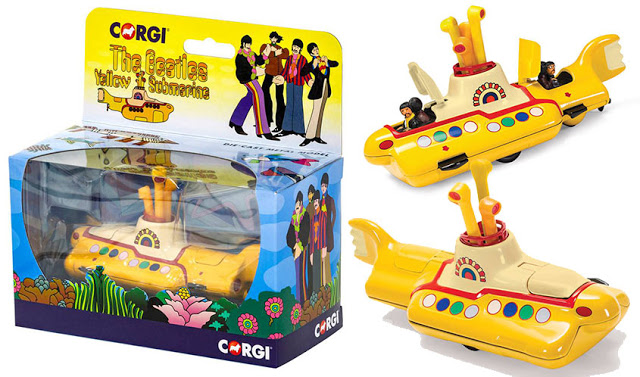