The City of Liverpool is mulling a plan to reinvigorate the city's "Beatles Quarter" centered around the famed Cavern Club in an effort to capitalize on tourism related to the band's local history.

A recent economic impact report found that the city’s Beatles related industry has been growing at 5-15% a year following the city’s year as European Capital of Culture in 2008 with Cavern City Tours and the Cavern Club now attracting 800,000 visitors per annum and 80% of the Hard Day’s Night Hotel guests classed as international.

... Joe Anderson, Mayor of Liverpool, who has also created a Beatles Legacy group, said: “The Beatles are known the world over and not just by those who grew up with them, new audiences are discovering their music all the time and wanting to learn about the bands roots.

“The fact is we have a good Beatles tourism offer but it’s not at the level it could and should be – one that has a world class wow factor that reflects the band’s timeless genius and global impact." 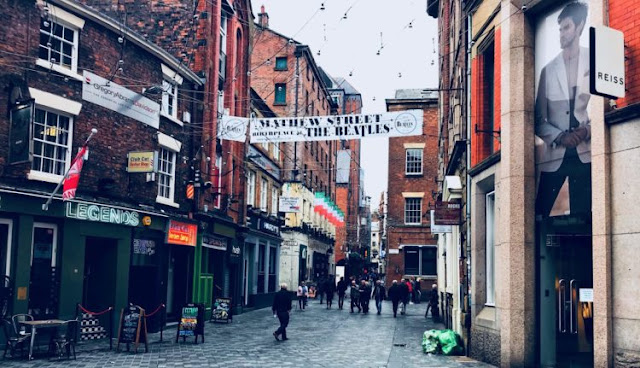 Email ThisBlogThis!Share to TwitterShare to FacebookShare to Pinterest
Labels: Liverpool