I'm in the new Beatlefan

The latest issue of America's longest-running Beatles fan publication is out.

Get a copy to read my interview with photographer Paul Saltzman about his experiences studying Transcendental Meditation alongside the Beatles in India 50 years ago. I also contributed a couple of book reviews.

Beatlefan #231 continues our look back 50 years, with a focus on the launching of The Beatles’ Apple Corps. Bruce Spizer traces how Apple rolled out; Tom Frangione looks at John, Paul, George and Ringo’s contributions to releases by other Apple acts; and Wally Podrazik examines the impact Apple had on Beatles fandom. Also in the new issue, John Firehammer talks with Paul Saltzman about his time with The Beatles in India; Al Sussman and Bruce Spizer chat about Spizer’s Beatles books; Bill King looks at how McCartney’s “Off the Ground” album holds up after 25 years; Sussman discusses the live 1963 recording of The Beatles that recently resurfaced; Rip Rense makes a case for the great lost Lennon solo song; and fan Brian Cashman takes a fun look at The Beatles’ penchant for clapping on record. Plus, we have all the latest news (including reports on Ringo's knighthood and what Julian Lennon is up to) and reviews of new recordings, books and more. A sample issue costs $8 in the U.S. or $12 abroad. U.S. funds only. If you want the latest issue, be sure to specify #231. For more information, email goodypress@gmail.com. 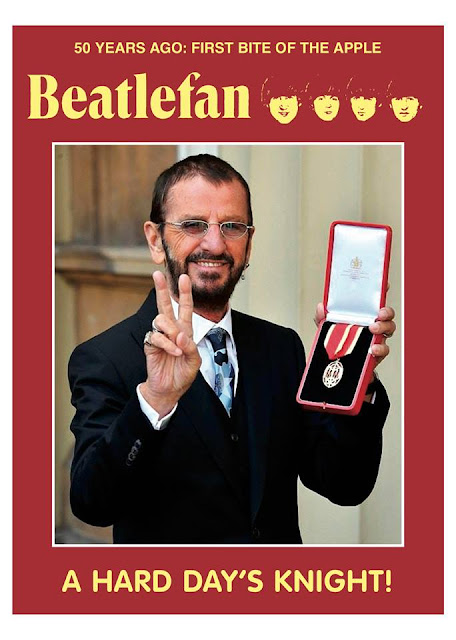