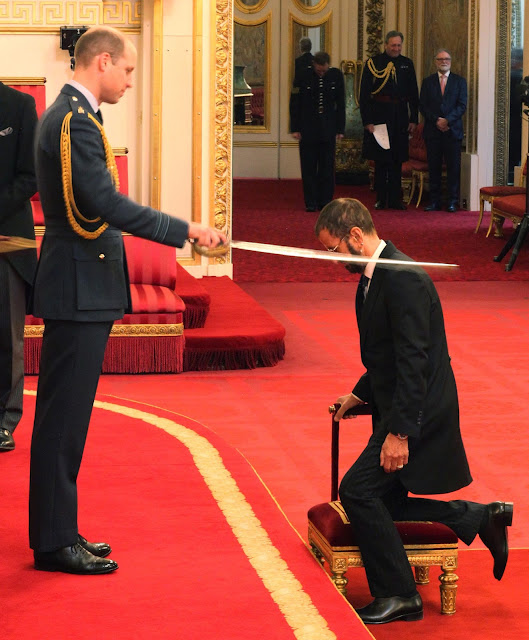 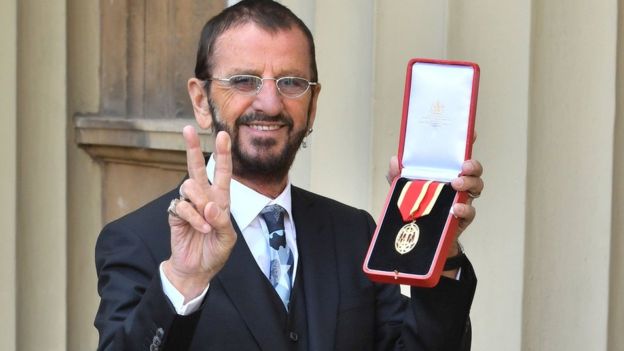 The Duke of Cambridge bestowed the honour on the Liverpool-born star at a ceremony at Buckingham Palace.

"It means a lot actually," the musician told the BBC. "It means recognition for the things we've done. I was really pleased to accept this."

The honour comes 53 years after the Beatles were all awarded the MBE - and Starr said he had missed his bandmates' companionship this time round.
"I was a bit shaky today on my own," he said.

... Asked whether he wanted to be known as Sir Ringo, the musician, whose real name is Richard Starkey, replied: "I don't know yet. It's new and I don't know how you use it properly."

Turning to BBC reporter Colin Paterson, he added: "But I expect you to use it."

The 77-year-old added he knew exactly what he'd do with his medal.

"I'll be wearing it at breakfast," he joked.