Demolition of old structures is underway in Liverpool's Strawberry Field site in order to make room for a new visitors center.

The area, home to a Salvation Army children's home, is near John Lennon's childhood home on Menlove Avenue and he would often spend time on the forested grounds.

The Salvation Army’s vision, which was given planning permission in November 2017, also includes a training hub for young people with learning disabilities.

The visitor experience will be a place where the public can learn more about John Lennon, his connection to the site, as well as an opportunity to explore spirituality.

The buildings being demolished were built in the 1970s after fire damage led to the demolition of the original Victorian mansion.

Beatles fan Paul Goresh who took a photo of John Lennon signing an autograph for his killer hours before he was shot to death in front of New York's Dakota building passed away this week.

The official John Lennon Twitter feed noted his passing with this photo of Lennon with Goresh. 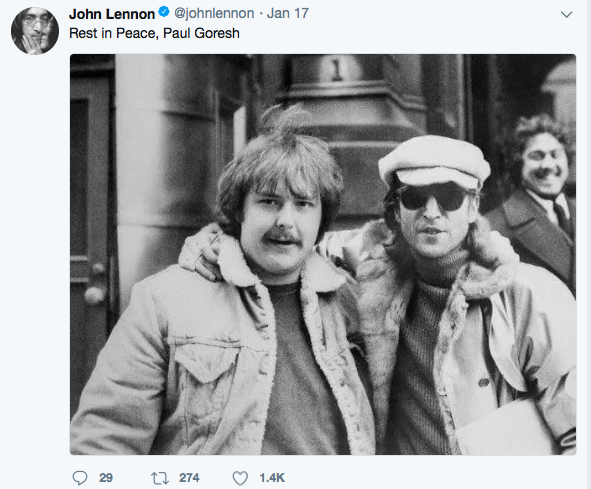