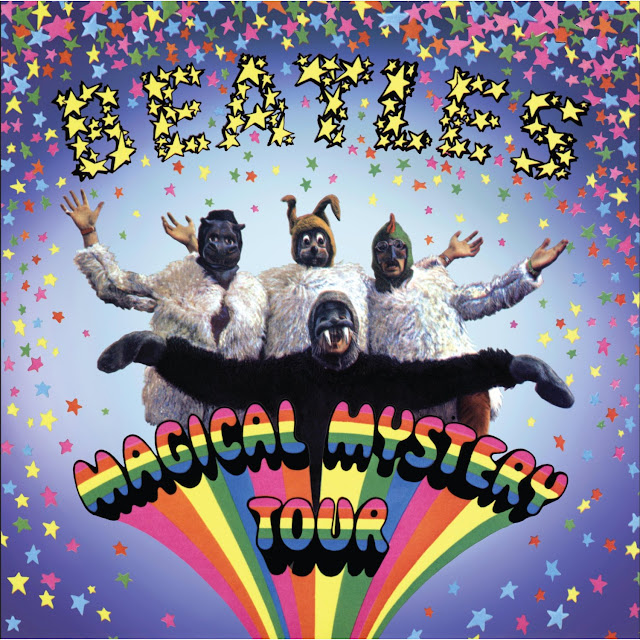 This has been a good year for Beatles fans.

The Sgt. Pepper anniversary box set released this summer was, in my opinion, an archival release done right. And this month we'll finally see an official release of the band's fan club Christmas records (although I wish they'd put them on CD, not just vinyl).

But what didn't we get? A 50th anniversary edition of the other Beatles album released in 1967: The Magical Mystery Tour.

Yes, I realize Apple Corps hasn't completely ignored MMT in recent years. The MMT film came out on Blu-ray in 2012, packaged in a special edition that included a re-pressing of the original soundtrack EP. But an anniversary edition along the lines of this year's Pepper box would've been appropriate. And now, with the moment lost, who knows when we might see one?

Giles Martin, a few months back, let slip that an anniversary edition of  the "White Album" is his next big Beatles project. After that, anniversary editions of Abbey Road and the Let it Be LP/film seem far more likely than a step back to revamp MMT.

Plus, who knows for how much longer we'll even see physical releases of albums? It may be that, in the future, we'll just get the Beatles catalog fully re-mixed but available only via high-resolution downloads or streaming. How depressing.

Nevertheless, we can imagine the Magical Mystery Tour Super Deluxe Anniversary Edition that might've been and, maybe, someday, might actually exist. 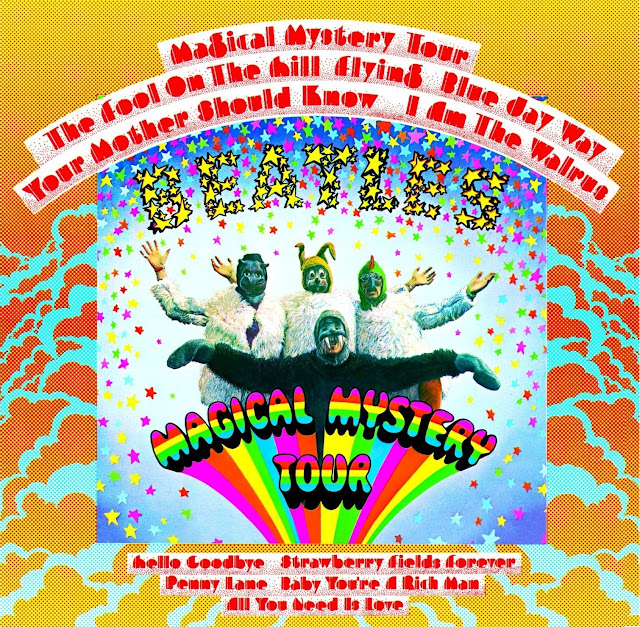 As with Sgt. Pepper, I presume Giles Martin or whoever is hired to re-mix the album would have access to the original multi-track session tapes. As with the re-mix of Pepper, this would allow the re-mixer to create new masters of each tune using the pre-bounce, first-generation tapes, resulting in vivid high-fidelity: MMT as we've never heard it before.

And, as with Pepper, the re-mixer could draw on elements from both mono and stereo versions of songs in an attempt to create a best-of-both-worlds "mono in stereo" mix, something I think Giles succeeded in with his Pepper remix.

There would be no need to re-mix "Penny Lane" or "Strawberry Fields," of course, since both were included on this year's Pepper box.

Tracks on this first CD would include: 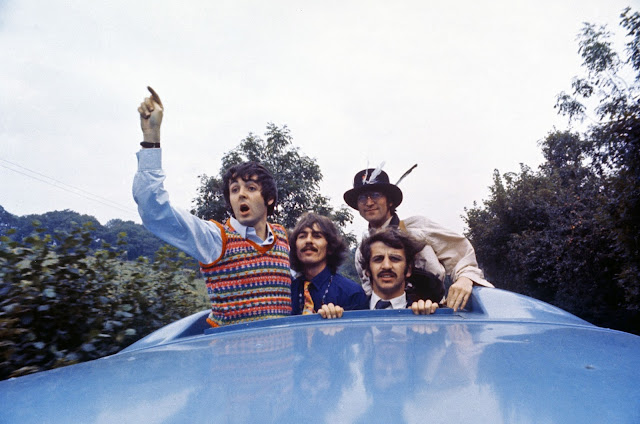 The American version of MMT is already a compilation, right? It includes music from the film on side 1 and a collection of A- and B-sides on side 2.

So why not treat this anniversary edition as an expanded compilation, one which rounds up other stray recordings from 1967?

My track list for the set's second CD would include:
I know some people will freak out about including the three "Yellow Submarine" tracks here, but I think it makes sense since they were recorded in 1967.

"Hey Bulldog," also included on the YS soundtrack, was recorded in 1968, as were the non-album single tracks "Lady Madonna," "The Inner Light," "Hey Jude," and "Revolution" (fast version). It makes sense to include those on a "White Album" anniversary edition.

What, then, do we do when it's time to re-mix and reissue the "Yellow Submarine" soundtrack itself? I suggest a straight reissue of the original - no need for a big box set. I like the George Martin instrumental tracks and believe those should be a part of the package. And, while I enjoyed the 1999 Yellow Submarine Songtrack album, which included remixed tunes, I say leave that as is. It's not a part of the official catalog and doesn't need to be archived.

One more note, I don't include "You Know My Name, Look Up the Number" on this disk. While much of the tune was recorded in 1967, the vocals and other parts were added in 1969. 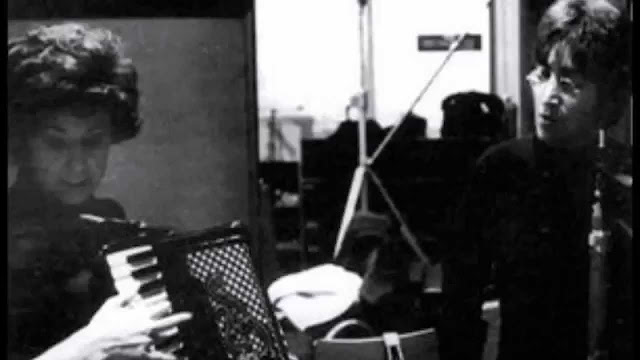 As with the Pepper box, we'd want to include outtakes and work-in-progress material from the MMT recording sessions, along with the other 1967 tracks included in this package. A variety of things have surfaced on bootlegs, but access to the full sessions would yield much more. Over these two CDs, we'd get a sense of how the album was constructed. 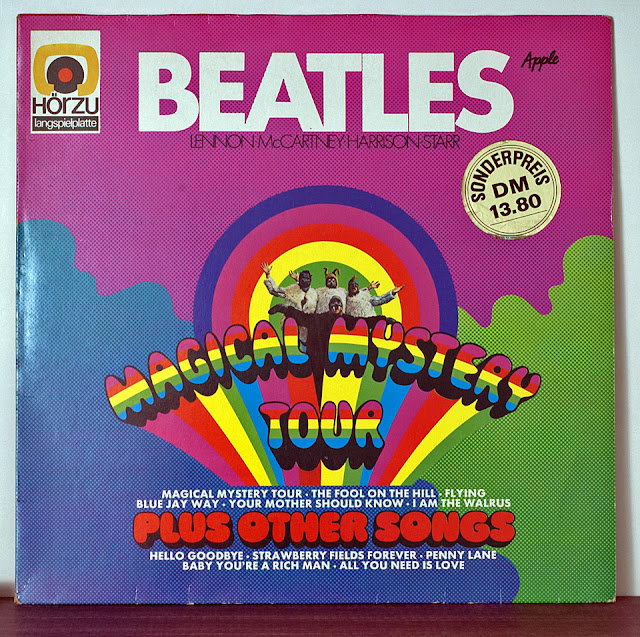 This disk would include a straight transfer of the original mono MMT LP, the excellent German true stereo version, plus mono versions of the tunes included on the "Yellow Submarine" soundtrack LP. 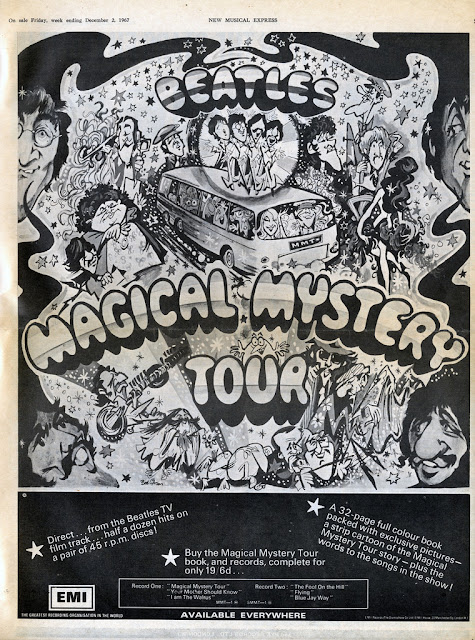 I figure the Blu-ray would include all of the supplemental material included on the 2012 release although, as we've seen from recent bootlegs, there is plenty of material available that didn't make it into the final film.  It would be nice to include some of that.
Plus we'd want the newly restored "All You Need is Love" TV broadcast and "Hello, Goodbye" promo film, as were featured on the 1+ compilation.

Supplemental materials in the 2012 edition included: 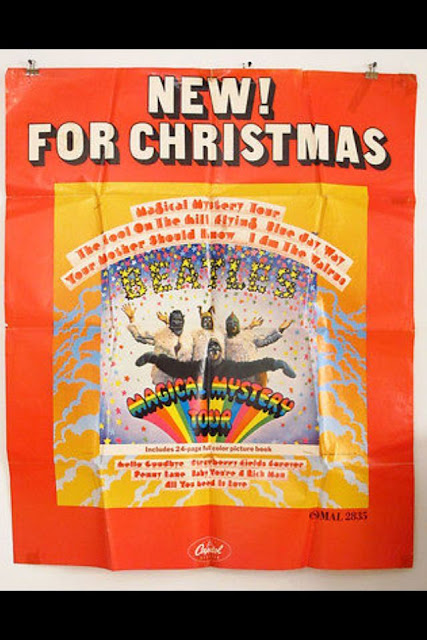 We'd want to include a book, of course. Plus the 28-page photo booklet that came with the original LP/EP. Capitol Records also issued a promo poster for the album in 1967, which could be included as a reproduction with this set.

Altogether, that's a pretty nice package, on par with the Sgt. Pepper box, and a worthy archival project.

What did I miss? What do you think such a set should include? 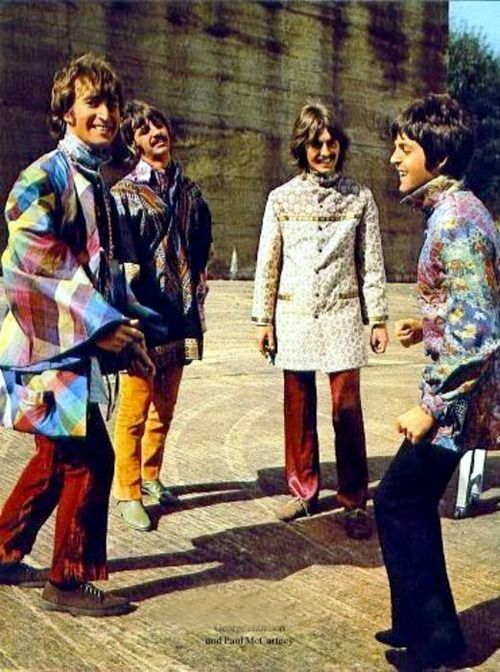 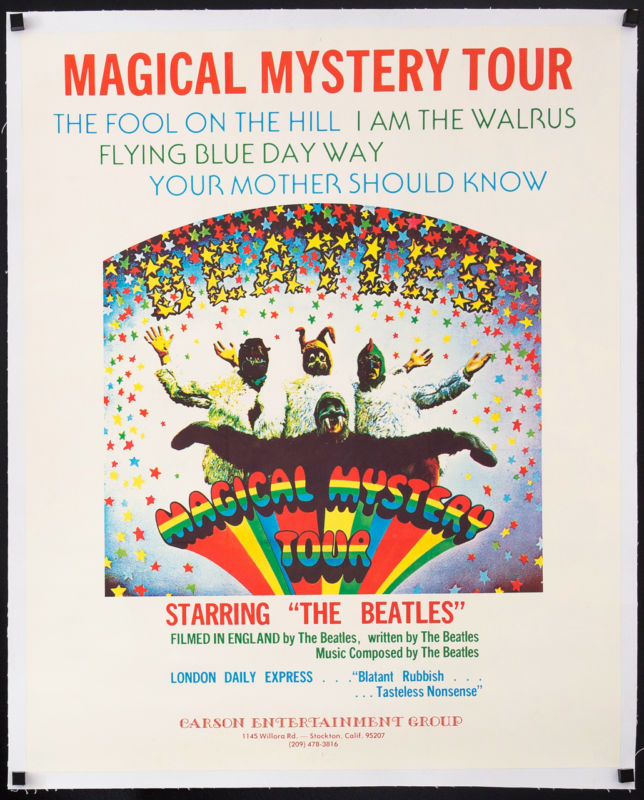 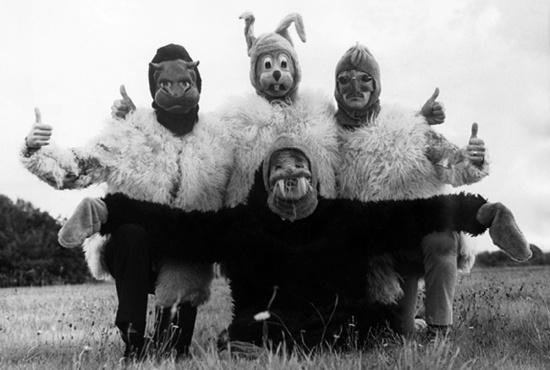