Sir Ringo - Knighthood finally on the way for Beatles drummer 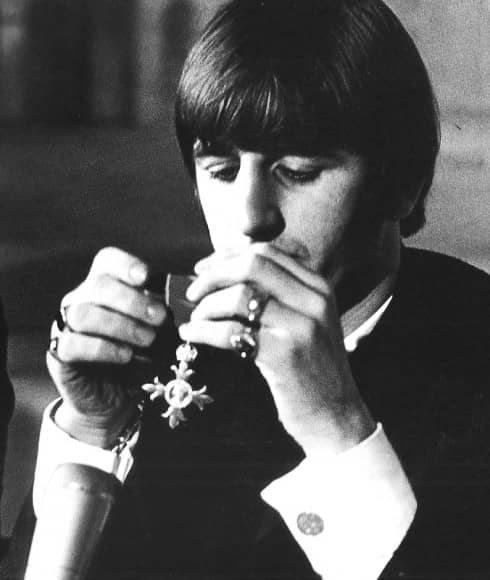 Ringo Starr is set to be knighted as part of Queen Elizabeth's New Years Honors, the Daily Mirror reports.

He will receive the honor in recognition of his contributions to music and charity. An official announcement is expected next week. Ringo reportedly learned of the honor via a letter from Buckingham Palace a few weeks ago.

Sir Paul McCartney was knighted in 1997. If he chooses to use the title, Ringo would likely be known by his real name, Richard Starkey, not "Sir Ringo."

All four Beatles were honored with MBE - Member of the British Empire - awards in 1965.