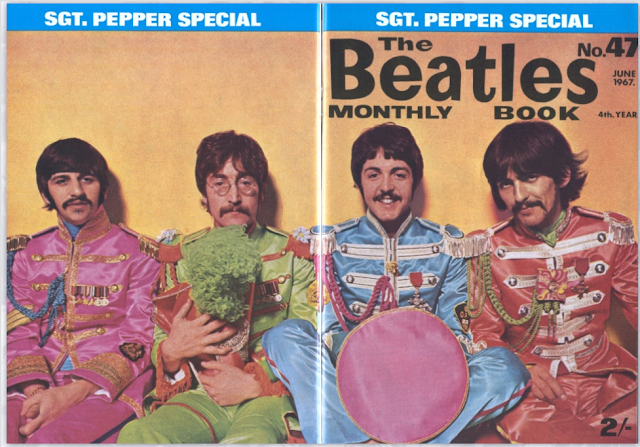 The Beatles' official magazine from this month in 1967celebrates the release of Sgt. Pepper with a rare color cover and lots of tidbits about the album's production and songs.

And provides some recent news updates about the group: 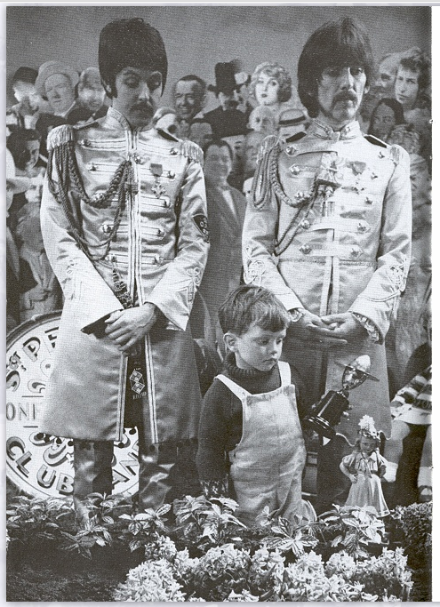 The regular column by Beatles' assistants Neil Aspinall and Mal Evans provides a great deal of information about the new album's features and each of its songs: 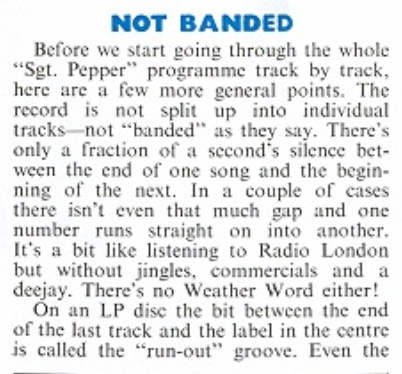 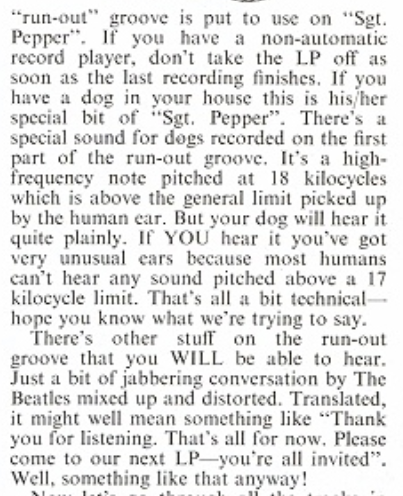 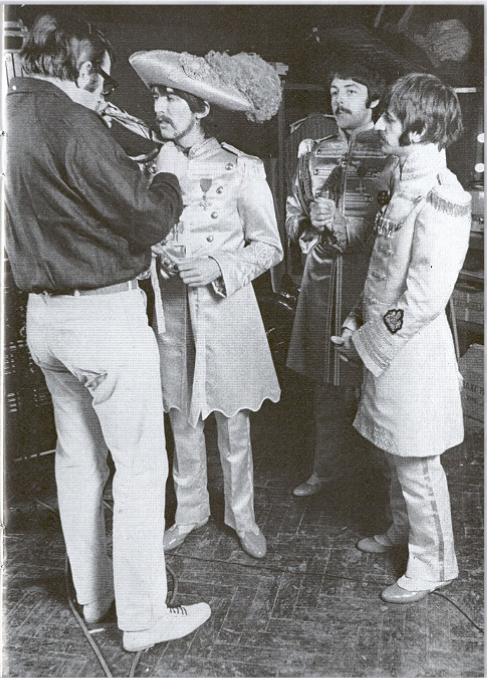 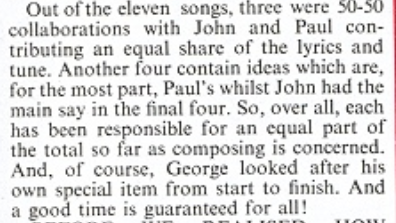 There are also numerous photos from the sessions. 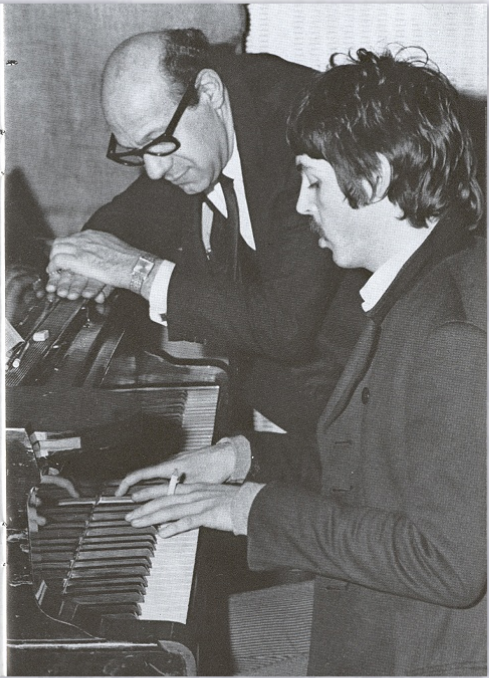 Also in this issue is a rare ad, this one plugging pirate station Radio London: 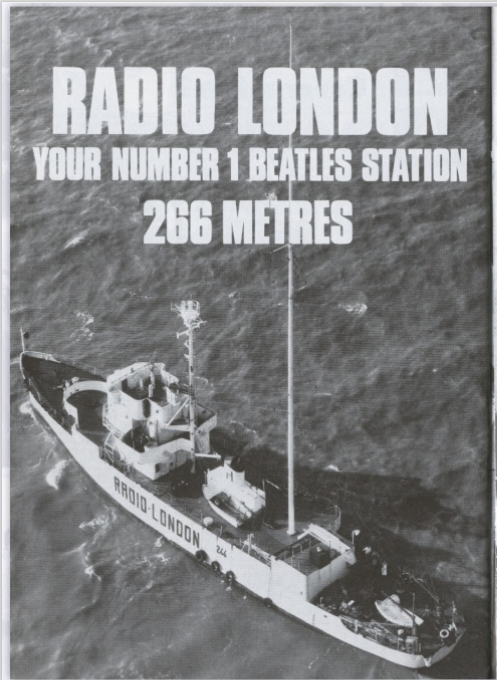 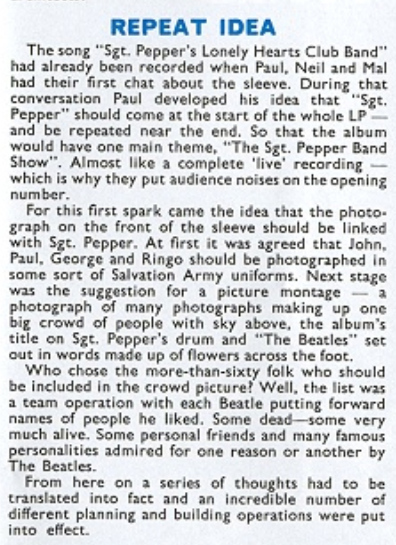 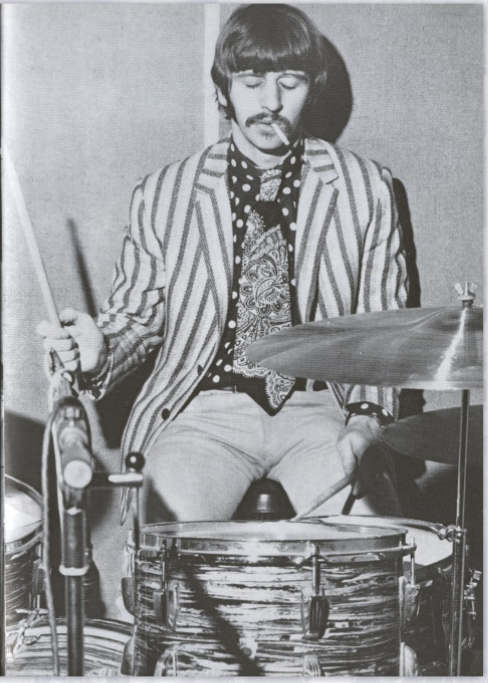 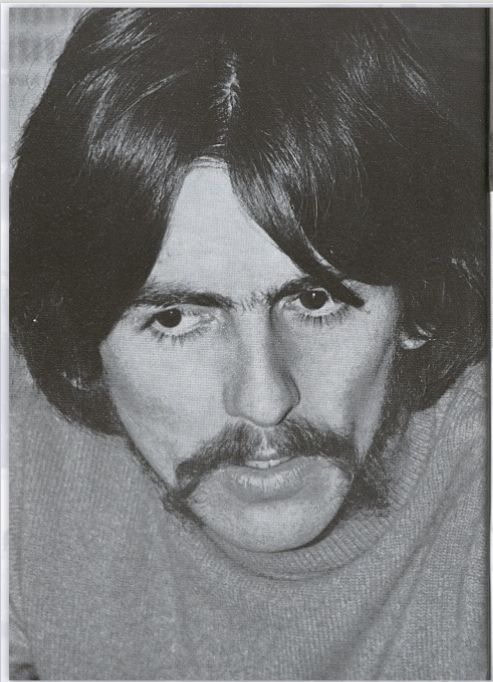