The Beatles this week posted this 1967 letter from the BBC explaining to EMI label head Sir Joseph Lockwood why the network banned "A Day in the Life" from airplay.

The letter was published a few years ago in Kevin Howlett's "The Beatles: The BBC Archives" book. I assume it may appear in the book accompanying Sgt. Pepper anniversary release, too.


Frank Gillard, the director of BBC’s sound broadcasting, wrote to [the Beatles] in May 1967 that his team had determined “the words ‘I’d love to turn you on,’ followed by that mounting montage of sound, could have a rather sinister meaning.” 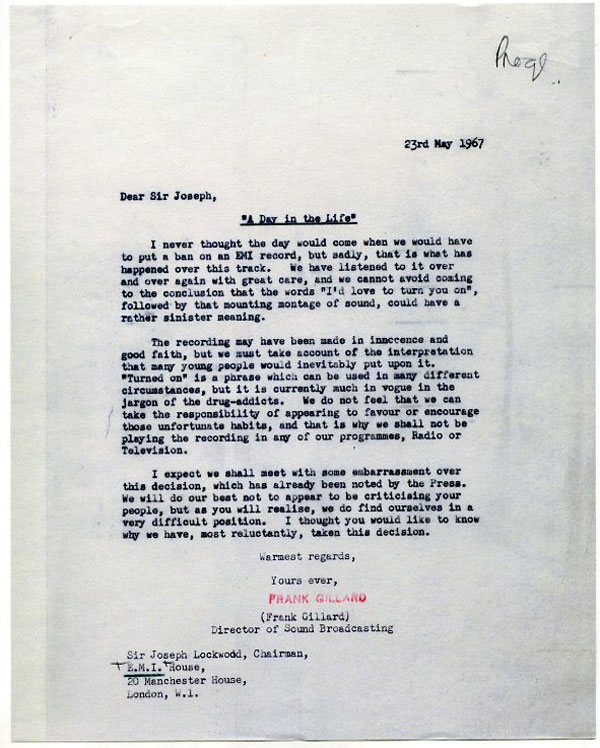