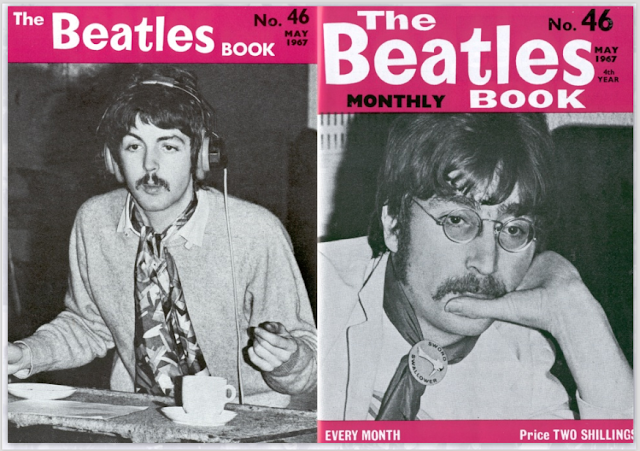 The May 1967 issue of the Beatles' official fan magazine drops lots of tantalizing hints about the soon-to-be-released Sgt. Pepper LP and supplemented with plenty of photos from the album's recording sessions. 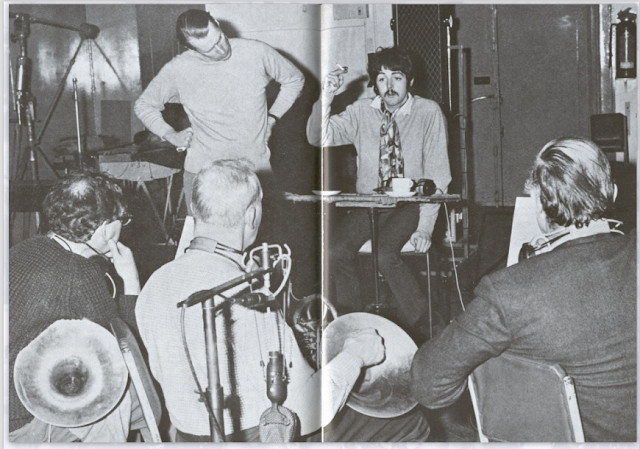 Meanwhile, a lead editorial takes on the contentious issue of the Beatles' facial hair: 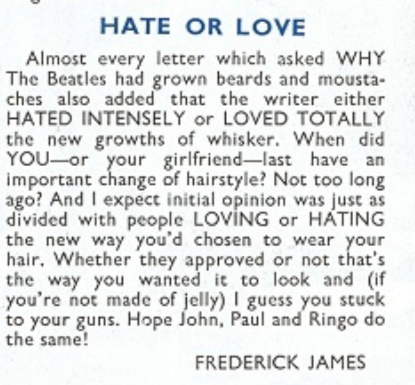 In an article discussing the band's recent activities and future plans, Paul discusses the prospect of an upcoming theatrical film to follow "Help!" and some ideas for a TV special: 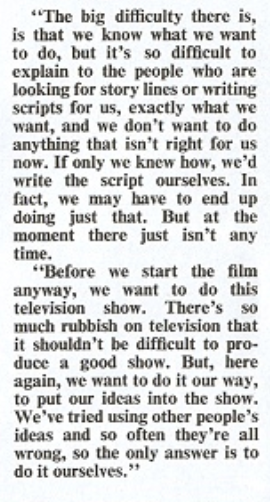 On the letters pages, it's clear that some fans are holding onto older images of the band 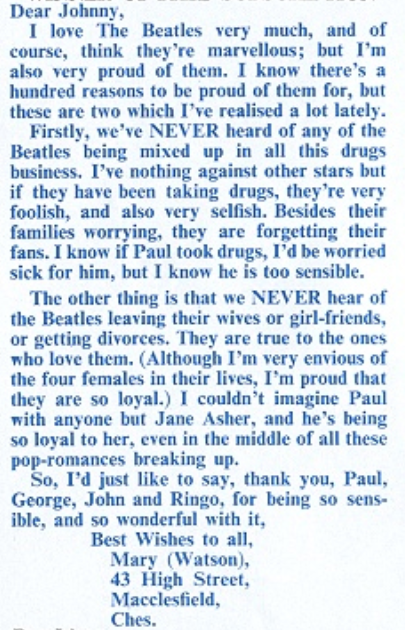 While others are excited by the band's changes and what the future might hold: 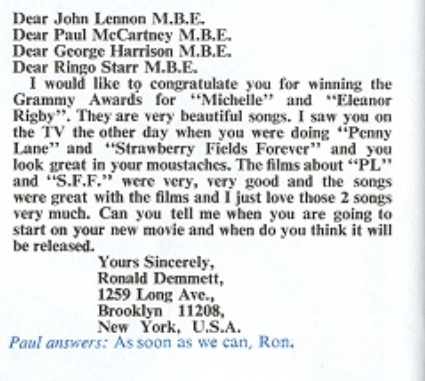 The news updates, meanwhile, provide details on post-production on the new LP, plans for its cover art and a clarification regarding Freda Kelly and the Monkees: 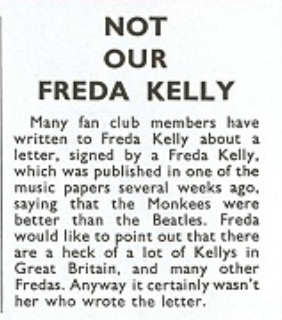 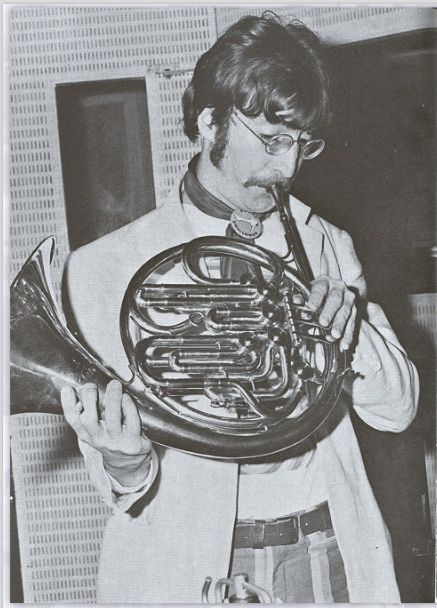 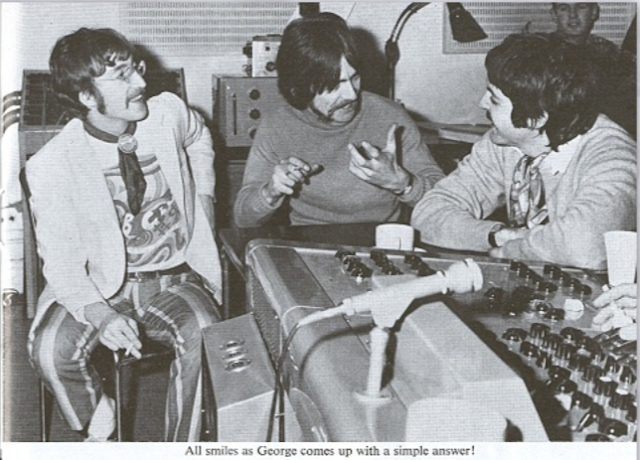 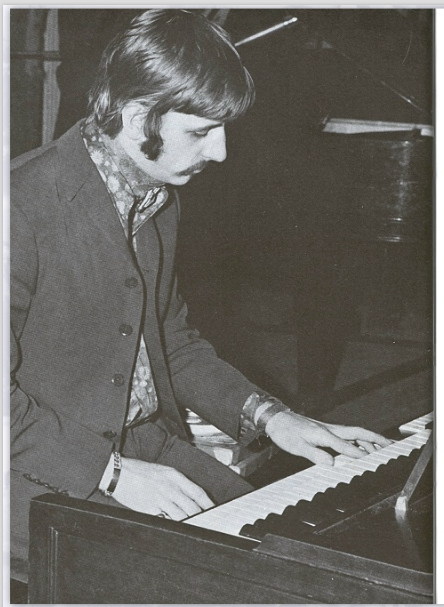 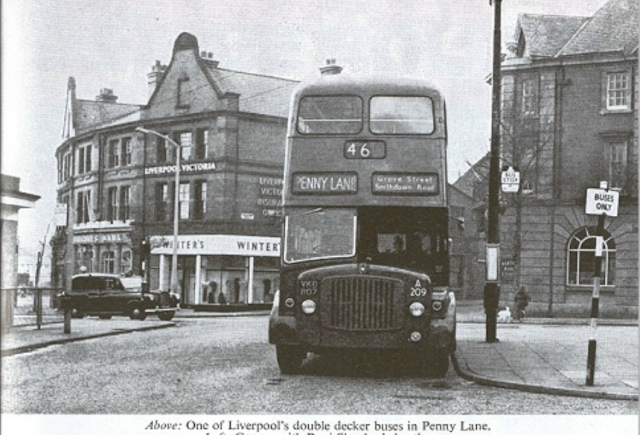