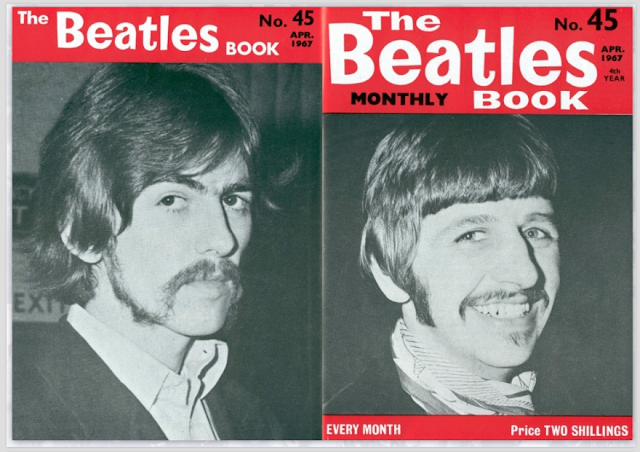 The April 1967 issue of the Beatles' official fan magazine catches up with the band during the recording sessions for Sgt. Pepper.

Details are few, but pictures of the newly mustachioed band are plentiful. 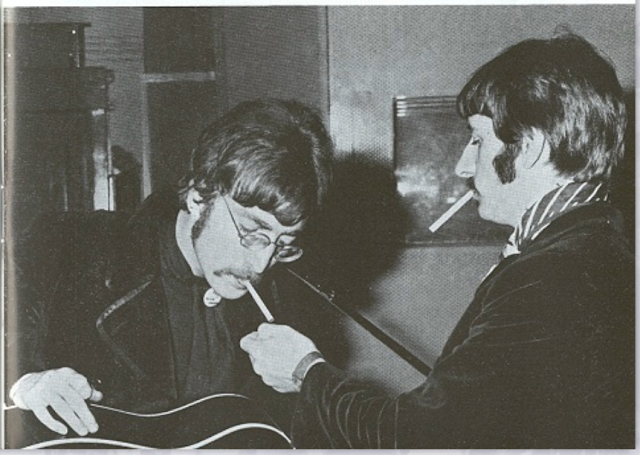 An editorial near the front of the mag discusses why the Beatles decided not to tour in 1967 and instead focus solely on recordings and films (unknown, at this point, is that they would never tour again): 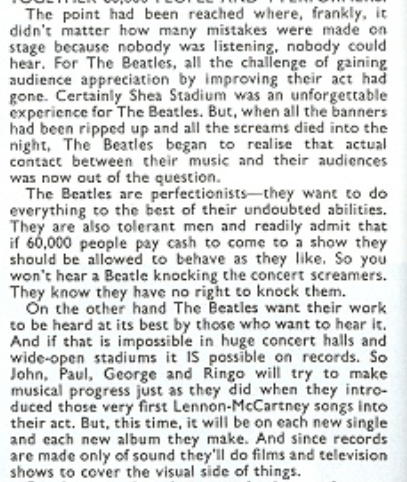 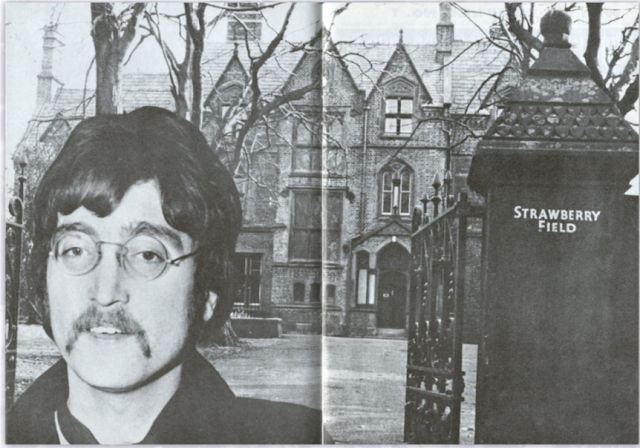 The Beatles' assistants, Neil Aspinall and Mal Evans, meanwhile provide an inside look at the band's new, more time intensive,  approach to creating music in the studio. 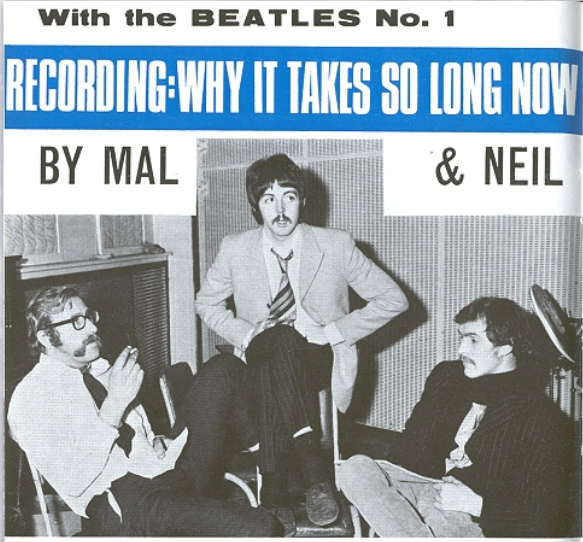 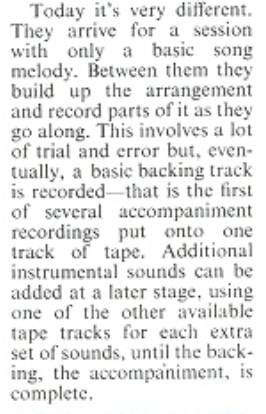 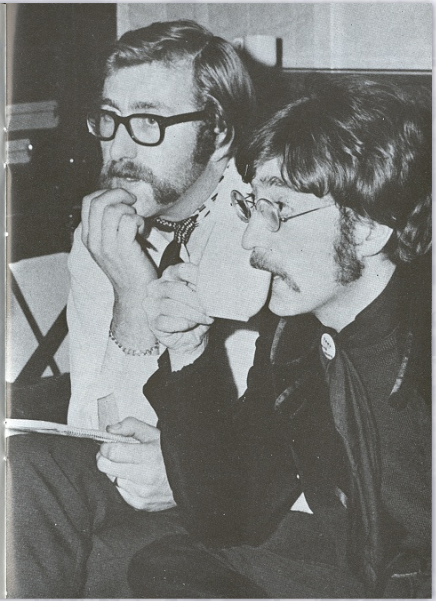 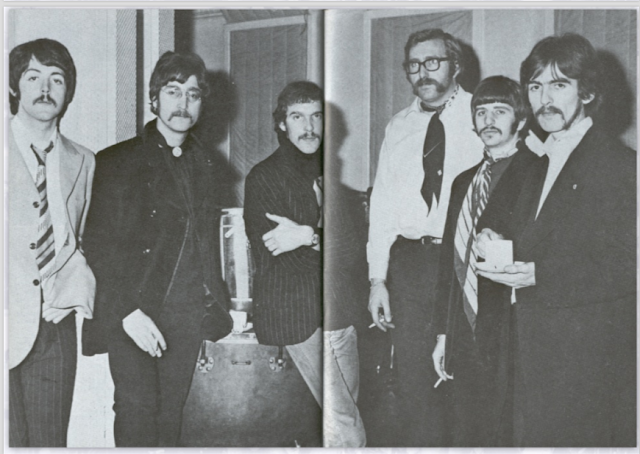 There are also a few pics of family and friends visiting the studio: 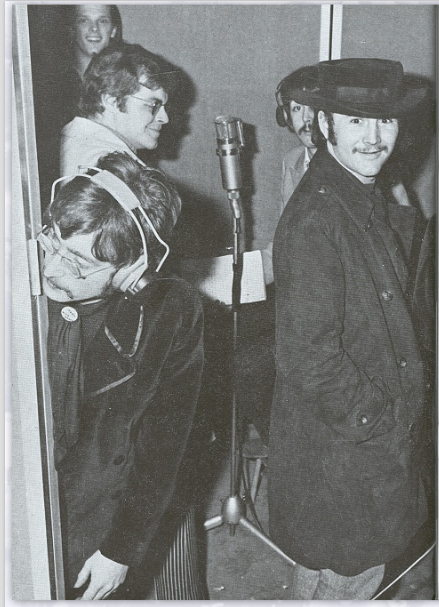 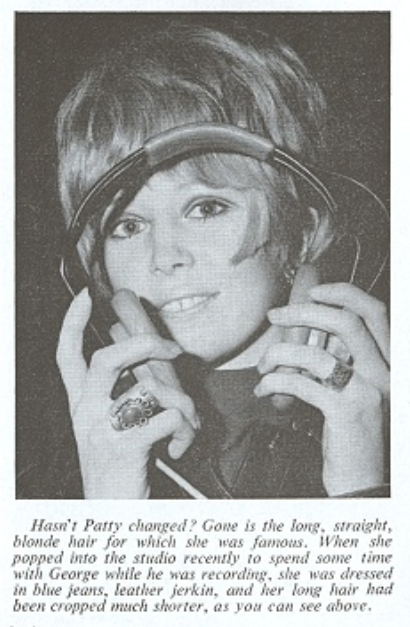