Official word is now out - see the news release below.

The Beatles will release an expanded, newly remixed and lavishly presented edition of Sgt. Pepper’s Lonely Hearts Club Band in several configurations on May 26, just ahead of its June 1 anniversary.

This is the first time ‘Sgt. Pepper’ has been remixed and presented with previously unreleased recordings from the studio sessions.

“It’s crazy to think that 50 years later we are looking back on this project with such fondness and a little bit of amazement at how four guys, a great producer and his engineers could make such a lasting piece of art,” says Paul McCartney in his newly-penned introduction for the ‘Sgt. Pepper’ anniversary edition.

All of the anniversary edition releases include Martin’s new stereo remix of the album, sourced from the original, Beatles-preferred mono mix produced by his father, George Martin, from the four-track masters.

George Martin once explained, “We were into another kind of art form where you were putting something down on tape that could only be done on tape.” 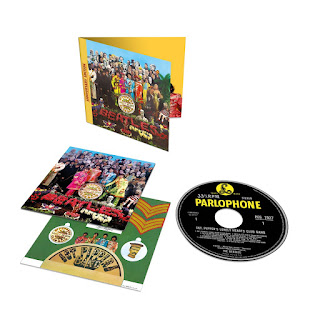 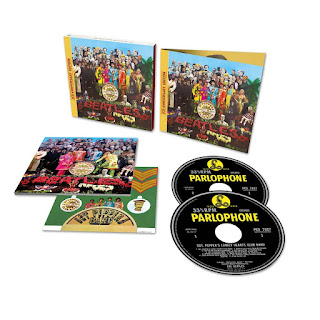 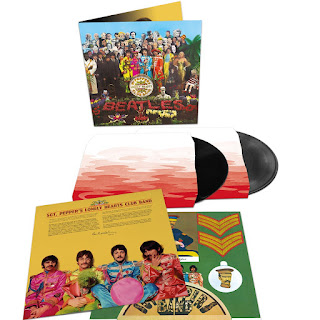 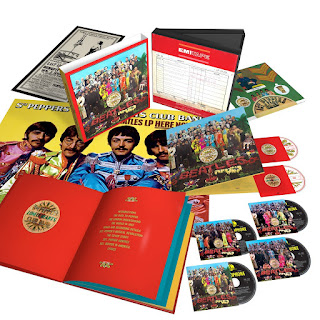 
The deluxe edition’s 2CD digipak is slipcased with a 50-page booklet abridged from the box set’s book, and the 2LP vinyl is presented in a faithful reproduction of the album’s original gatefold jacket.

“Sgt. Pepper’ seemed to capture the mood of that year, and it also allowed a lot of other people to kick off from there and to really go for it,” says Ringo Starr in the anniversary edition’s book.

The full tracklist for the super deluxe edition box set is:

CD3: Outtakes
‘Fixing A Hole’ [Take 1]
‘Fixing A Hole’ [Speech and Take 3]
‘Being For The Benefit Of Mr Kite!’ [Speech from before Take 1; Take 4 and speech at end]
‘Being For The Benefit Of Mr Kite!’ [Take 7]
‘Lovely Rita’ [Speech and Take 9]
‘Lucy In The Sky With Diamonds’ [Take 1 and speech at the end]
‘Lucy In The Sky With Diamonds’ [Speech, false start and Take 5]
‘Getting Better’ [Take 1: instrumental and speech at the end]
‘Getting Better’ [Take 12]
‘Within You Without You’ [Take 1: Indian Instruments Only]
‘Within You Without You’ [George coaching the musicians]
‘She’s Leaving Home’ [Take 1: instrumental]
‘She’s Leaving Home’ [Take 6: ynstrumental]
‘With A Little Help From My Friends’ [Take 1: false start; Take 2: instrumental]
‘Sgt Pepper’s Lonely Hearts Club Band (Reprise)’ [Speech and Take 8]