British newspapers reported over the weekend that the Beatles intend to reissue the Sgt. Pepper album for its 50th anniversary this summer and will include "Penny Lane" and "Strawberry Fields Forever" to the package. Those two songs were recorded during the album sessions but released as a single rather than included.

Beatlefan has confirmed the plan and there are hints that the package will include more content than just those two extra tracks.

I think it would be a mistake to tack on the two songs to the album track listing, but they definitely make sense as bonus material. My hope is that we'll get an expansive package similar to what the Beach Boys did with Pet Sounds last year. Ideas include both the stereo and mono mixes and perhaps some working tapes and outtakes from the sessions. The numerous versions and working tapes of "Strawberry Fields" could also be included. There's a lot to work with, and hopefully Apple won't be skimpy about things. 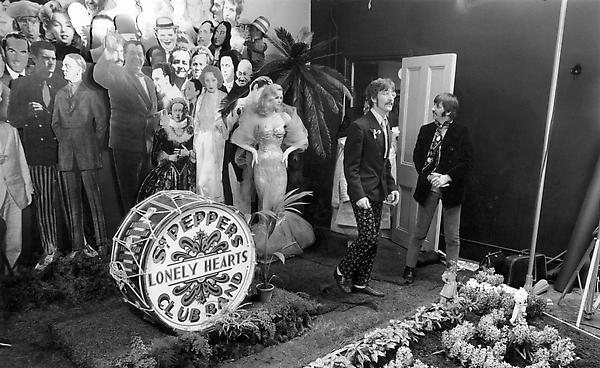