Olivia Harrison will remove temporary storage and utility units at Friar Park and erect new buildings after being given consent by South Oxfordshire District Council, the planning authority.

The development will nclude an archive building for the storage of family papers and objects which are currently stored in “unsuitable conditions” in various places around the estate.

The building would measure 20m by 8m and include accommodation for an archivist.

There's very little info to date, but Variety reports that producer Michael de Luca, the mastermind behind the "50 Shades of Gray" films, is working on a John Lennon and Yoko Ono biopic with Yoko's participation.


“The Theory Of Everything” writer Anthony McCarten will write the script and produce with Ono, De Luca, and Josh Bratman of Immersive Pictures.

Don't get excited by the Liverpool Echo's headline: The Sgt. Pepper suits going on display at the city's Beatles Story attraction are replicas, created in 2000. Still it's good to see that there will be a celebration there of the album's 50th anniversary.

The Beatles Story is also displaying a limited edition poster featuring an alternative photo from the album's cover shoot, which was given to 100 EMI executives on the 20th anniversary of Pepper in 1987. 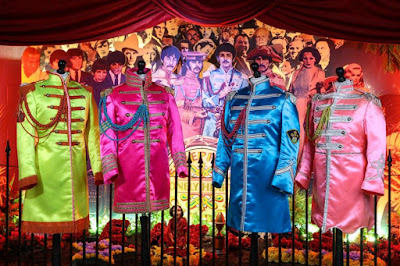 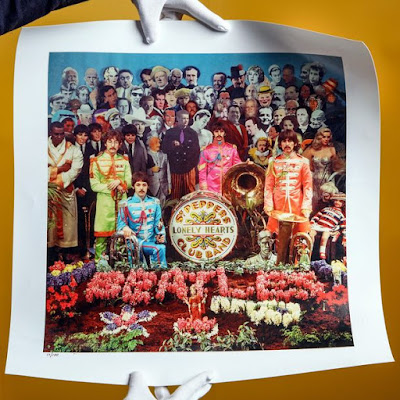 Who was Pablo Fanque? This article looks at the history behind the circus poster that inspired the Beatles' "For the Benefit of Mr. Kite." 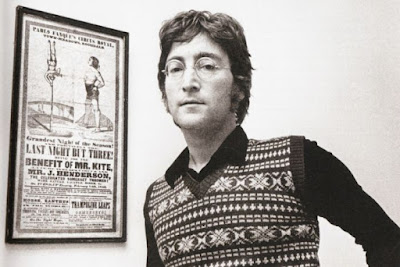 Klaus Voormann has teamed with Genesis Publications for a deluxe edition of his recent graphic novel detailing his creation of the Beatles' Revolver cover.

Each of the 500 available copies will include one of Voormann's signed original drawings from his personally curated collection. The box set, which celebrates the artist's 1967 Grammy for Best Album Cover, Graphic Awards, includes a special 12-page booklet, a foreword from Paul McCartney, an introductory letter from Ringo Starr and contributions from former Manfred Mann bandmate Mike d'Abo and Professor Lawrence Zeegen, Dean of the School of Design at Ravensbourne.

To get updates on what will likely be a very nice, but expensive, book go here. BTW: Amazon is listing a paperback "German edition" of Voorman's book for $55. The text in the preview pages is in English. So perhaps the book is printed in Germany but includes German and English text? Not sure, but it looks nice. 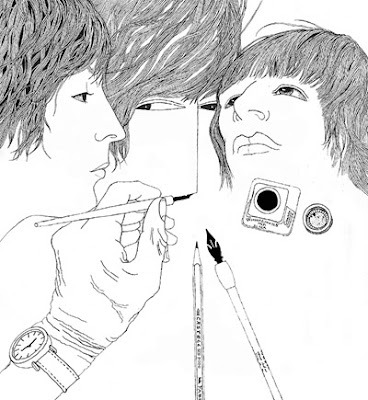