Allan Williams, who booked many early Beatles shows in Liverpool and was responsible for landing their crucial, dues-paying engagements in Hamburg, died this week at age 86.

Allan Kozinn has an obituary in the New York Times here. The Beatles Bible features an excellent biographical entry on Williams here.

Although he billed himself as the Beatles' "first manager," Williams acted more as a booking agent for the group. He handled few of their other affairs.

He felt burned by the Beatles after they stopped paying him a commission for their later Hamburg stints, which the band members insisted they had booked without his help.

When Brian Epstein saw the Beatles and asked Williams about the potential of managing the group, Williams (in)famously cautioned: "Don't touch them with a fucking bargepole; they will let you down."

It was Williams who reportedly tipped off the press when John Lennon beat up Cavern Club emcee Bob Wooler at Paul McCartney's 21st birthday party in June 1963, resulting in a news story that  might have led to a career-ruining scandal for the Beatles, who were on the cusp of national fame at the time.

Williams gave many interviews about his Beatles days over the decades and published his own account, "The Man Who Gave the Beatles Away," in 1977. He also sold the Hamburg live recordings that were released, without the Beatles' permission, as Live! At the Star Club in 1977. 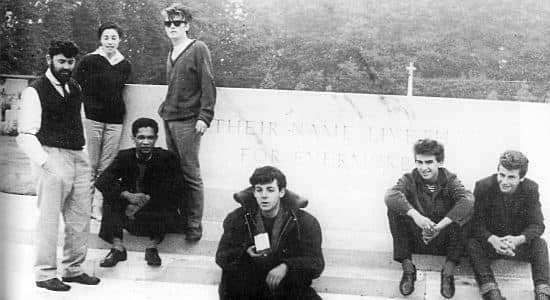