Paul McCartney is pursuing a new legal angle in his continuing efforts to recover his ownership of songs he wrote while in the Beatles.

Mr. McCartney’s suit is over what is known as copyright termination: the right of authors — or any creators — to reclaim ownership of their works from publishers after a specific length of time has passed. It was part of the 1976 copyright act and in recent years has become a potent force in the music industry as performers and songwriters have used the law to regain control of their work.
In Mr. McCartney’s suit, filed in United States District Court in Manhattan, lawyers for the singer detailed the steps they have taken over the last nine years to reclaim Mr. McCartney’s piece of the copyrights in dozens of Beatles songs he wrote with John Lennon, including “Love Me Do,” “I Want to Hold Your Hand” and “All You Need Is Love.” That process involved filing numerous legal notices, which, the suit says, should be enough to guarantee that Sony/ATV would return the rights to Mr. McCartney, starting in October 2018.

As mentioned last week, Beatles associate "Magic Alex" Mardas died Jan. 13 at age 74. Since then, a number of media outlets have published articles about this controversial figure, including Billboard, Rolling Stone and  Huffington Post.

Mardas was director of Apple Corps' Electronic Division and is described in most accounts as a self-proclaimed "electronics wizard" who promised all sorts of inventions he never delivered on, yet Mardas disputed this characterization. His Wikipedia entry details some of these:


The Independent newspaper apologised on 21 August 2006, writing that on 14 June 2006, the paper had wrongly reported Mardas' involvement with Apple Electronics Ltd. They corrected the earlier piece by writing that Mardas had not been a company employee, but a director and shareholder of Apple Electronics, and was not sacked, but resigned his directorship in May 1971, while still retaining his shareholding, until giving it to Apple Corps some years later. The paper accepted that Mardas “did not claim to have invented electric paint, a flying saucer or a recording studio with a ‘sonic force field’ or cause his employers to waste money on such ideas. We apologise to Mr. Mardas for these errors".[60]

In 2008, Mardas won the right to sue The New York Times in England, in relation to an online article which said he was a charlatan. In a story about the Maharishi, Allan Kozinn had written: "Alexis Mardas, a supposed inventor and charlatan who had become a Beatles’ insider".[63][64]

After an appeal, Mardas won the right to continue his case of defamation against The New York Times in 2009.[65][66][67] After The New York Times produced a witness, Sir Harold Evans, who gave evidence supporting the journalistic responsibility of the paper, Mardas said he would not pursue the case further, on condition that the paper would publicly explain that by labelling him as a charlatan, it did not mean to imply that he was a con man.[68]

On 4 March 2010, The New York Times published an editor's update to the 2008 article, saying: "While expressing skepticism about his work as an inventor during that period, the article did not accuse Mr. Mardas of engaging in fraudulent dealings or criminality... The Times’s reporting on those events was attributed to Paul McCartney and based on widely published accounts from books and magazines".[42]

You can read a statement Mardas made in 2010 after suing the Times here. While it's from Mardas' own side of things, there's some interesting reading here about Apple, the Maharish and more.

More on Magic Alex: Yoko made this tweet following his passing. I didn't see anything from Paul, Ringo or other "Beatles Family" members.


I feel very sad. "Magic Alex" Mardas was a good friend to both John and I. He was not just talented, he had a big heart.
love, yoko pic.twitter.com/Aw01TxUSLn
— Yoko Ono (@yokoono) January 16, 2017

A Mercedes-Benz 230SL Roadster owned and barely driven by John Lennon is up for auction. 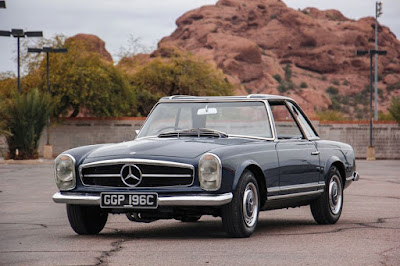 
The star-studded line-up will include the likes of Morgan Freeman, Helen Mirren and Joanna Lumley. 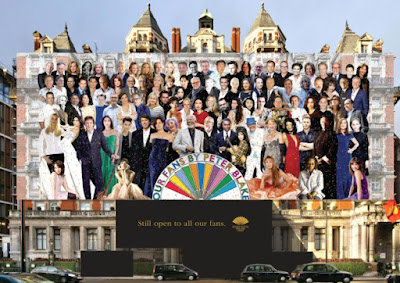 Meet the Beatles For Real posted a couple of fun issues from Ringo's days as a model for Japan's Simple Life clothing line. Dreamy! 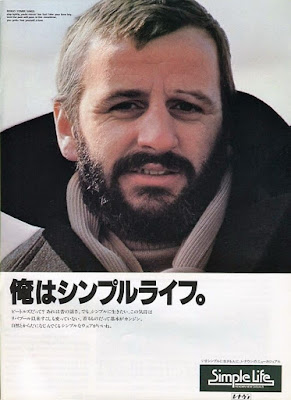 And, from the same blog, further proof that the Beatles started everything: George's man bun: 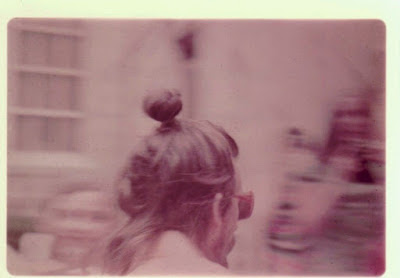