Members of the Bay City Rollers recall running into (almost literally, in one case) former members of the Beatles during the 1970s.

“One time in Los Angeles we were driving into the Beverly Hills Hotel the wrong way.

“He just looked and shook his head and said, ‘Those Roller boys’ before making a face.

“He knew what we were going through. He was a bit older and had been through all that.”

Sean Lennon once received a dead cat from Andy Warhol for this birthday.


The singer revealed that when he unwrapped the gift, his mother, Yoko Ono, was “kind of disturbed despite her love of cats” and that the family’s (living) felines were “immediately enraged.”

In the story — revealed for the first time in an exhibit called “Letters to Andy Warhol” that just opened at the Cadillac House — Lennon writes, “After a brief time on a shelf in my bedroom, it was decided that Andy’s cat should reside permanently in the window of the office on the ground floor,” where it stayed until “neighbors complained and we had to take it down.” 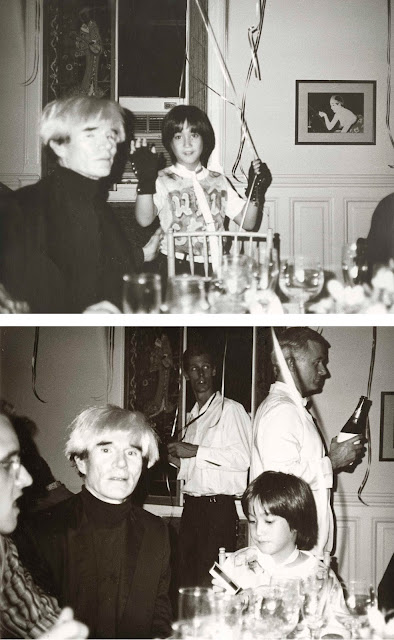 Artist Doug Binder, who painted Paul McCartney's psychedelic "magic" piano in the 1960s, discusses his interactions with the Beatles.


"This was in the days when you could just ring up and speak to The Beatles. I remember going round to John Lennon's house for a meeting with him and Paul McCartney. Paul and John were great. We used to have dinner with them. This was in their early days, they had not yet released the Magical Mystery Tour LP. They were nice people. They even played some of the music to us that they composed in their bathroom."

Members of the Beatles Family paid tribute online to Leon Russell, who died this week:

Sean Lennon: "One of my biggest music and style icons. Seems like many of the greatest musicians are leaving the planet this year. There must be some kind of cosmic party in space happening we don't know about. This planet will never be the same.”

And the Harrisons: “We lost another friend. RIP Dear Leon. - Olivia & Dhani.”

Russell performed at the George Harrison-organized Concert for Bangladesh in 1971.

Robbie Robertson from The Band has a new memoir out, which includes this tidbit about Bob Dylan and the Beatles:

On the last night of the Band and Bob Dylan's 1966 European tour, Dylan kept the Beatles waiting – and almost drowned in a bathtub.

By the end of the Band's 1966 European tour with Bob Dylan, months of amphetamine-induced sleep and appetite loss had left Dylan drained. After the final show of the tour at London's Royal Albert Hall, the Beatles dropped by Dylan's hotel to pay their respects, but Robertson had to keep the Fab Four waiting because the singer-songwriter was so physically depleted and delirious he "looked like he was passed out sitting up." Dylan's manager Albert Grossman and Robertson put Dylan in a hot bath to freshen him up, but the plan almost seriously backfired. "I hurried back into the bathroom, only to find that Bob had sunk down into the water and was starting to bubble," writes Robertson. "My heart stopped for a moment. Damn, I thought, he could really drown here. I pulled him back up in the tub." The Beatles eventually stopped waiting for Dylan and went home.


Robertson got an up-close look at John Lennon's custom-made joints-in-disguise.

After spending so much time with Bob Dylan in the mid-Sixties, Robertson ended up getting to know the Beatles, meeting them several times on various tours. When Robertson hung out with the group after their show in Toronto in August 1966, Lennon showed Robertson his custom-made joints disguised as a Lark cigarette. "Let me show you a little trick," Lennon told Robertson, before revealing his intricately designed contraption. "Beatles have to take precautions." "I could only conclude," Robertson writes, "that John had someone make the cigarette and package them exactly as they would in a factory. Must be good to be a Beatle."