Ringo Starr celebrated his 76th birthday July 7 at the Capitol Records Tower in Los Angeles with his annual tradition of requesting fans to think of "peace and love" at noon their local time. He also announced a spate of new fall tour dates for the U.S.

Is this one of the oldest pictures of Paul McCartney and his brother Mike?


We showed the photograph to Mike McCartney, who told us: “I couldn’t say it is definitely us, but it might well be!

“I’d say there is a 50/50 chance it’s us. We did wear shorts like that with the braces on. Our hair did look like that. And the height difference between the two boys looks right as our kid is 18 months older than me.” 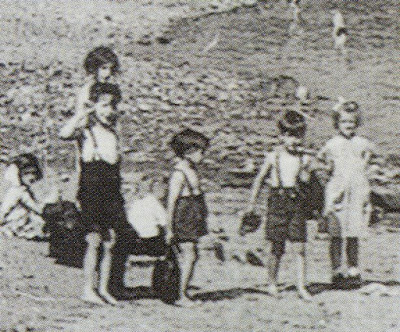 He fell asleep on the train. When he woke up, Paul McCartney was there.


The train stopped and Paul and his travel companion got up. “Remember last time we were here the doors didn’t open?” said his companion.

Paul nodded and then his eye caught mine. Presumably for want of something to fill the moment, he said: “Last time we were here, the doors didn’t open.”

And I said, “You can’t trust Southeastern trains.”

At which point he gave me a closer look, and saw a red-faced, middle-aged man.

“Have a good evening,” I offered wildly.

“Thank you,” said Paul McCartney, and got off.