Hunter Davies, who penned the Beatles authorized biography in 1968 and has published several more books about the Fabs in recent years (such as "The John Lennon Letters" and "The Beatles Lyrics"), has teamed with three other Beatles writers on a new collection, out this fall.

"The Beatles Book" is credited to Davies along with Record Collector columnist and Beatles author Keith Badman and Liverpool Beatles author-experts Spencer Leigh and David Bedford.


Hunter Davies, the only ever authorised biographer of the group, brings together three eminent Beatles experts to compile an invaluable and essential guide. Divided into four sections – People, Places, Media and Songs – The Beatles Book covers every element of the band’s history and brings every influence that shaped the incredible Beatles’ phenomenon vividly to life. Hunter and his team have also rated entries to show how important, influential or meaningful that characteristic was in the history of their lives and creations.

Illustrated with material from Hunter's remarkable private collection of personal artefacts and memorabilia, this compendium is an beautiful, insightful and entertaining treasure for any Beatles fan.

The book isn't listed yet on Amazon in the United States, but does appear on Amazon UK. 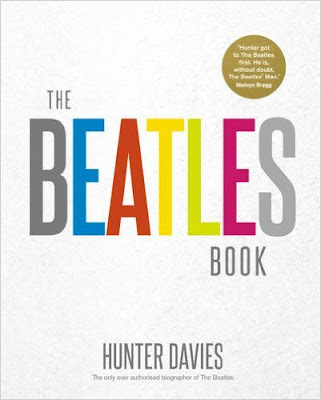