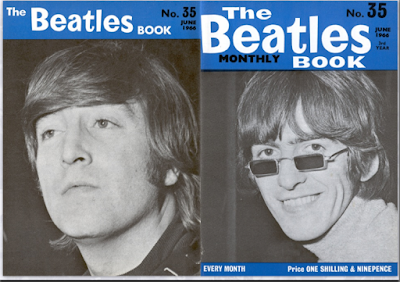 "Paperback Writer," released as a single on June 10, 1966, in Britain, is the primary focus of that month's issue of the Beatles' official fan magazine.

The issue includes numerous photos taken during an overdub session for the song and captures some behind-the-scenes moments, such as when Paul hit upon the idea of incorporating the French children's song "Frere Jacques" into the background vocals:

The article about the session also notes the abundance of instruments and recording equipment the band was now using to create its work. Finding new, "unusual" sounds was the order of the day - something that would be made even more clear with the release of the Revolver LP later in the summer. 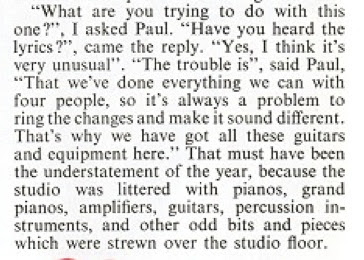 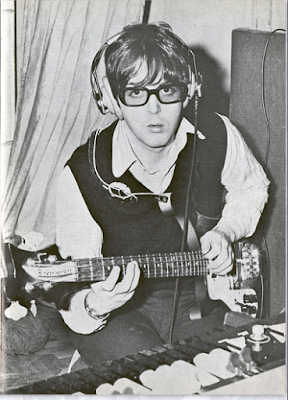 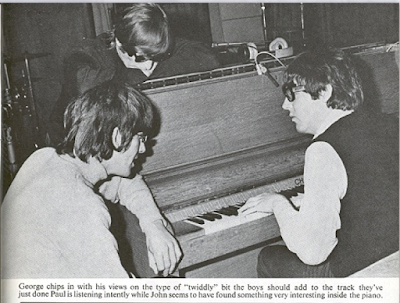 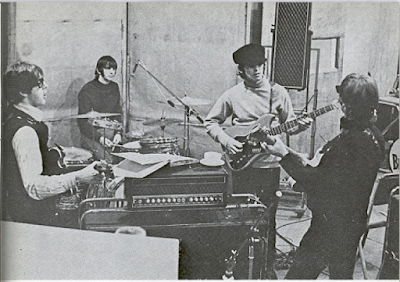 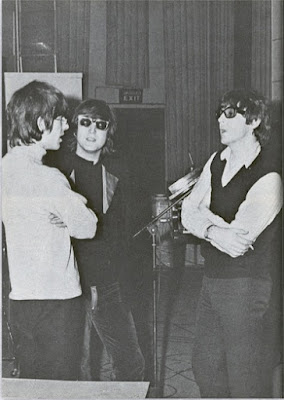 The numerous takes and overdubs the group started doing around this time coincided with the beginning of Ringo learning to play chess, which he did from Beatles road manager Neil Aspinall in order to kill time as he waited until he was needed. 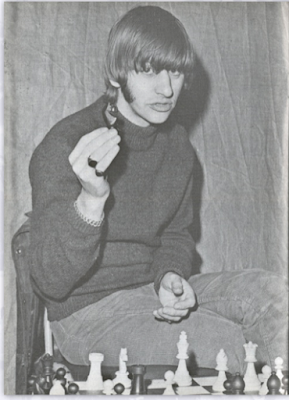 There are also indications of Paul becoming "bossy" with the others in his search for the perfect sounds for his songs: 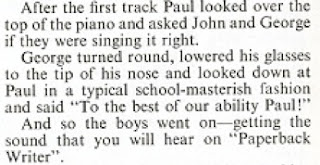 Meanwhile, in the "Beatle Talk" section, George and Paul make some predictions for the future: 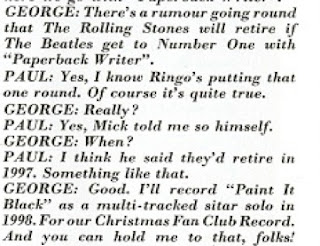 And on the letters page, John makes a clarification regarding a recent hit song: 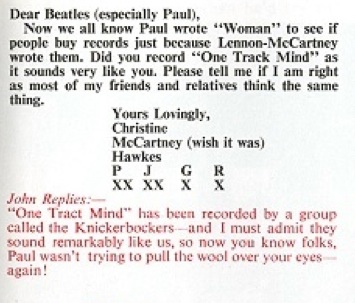 There's also an article looking back at the band's 1964 tour of Australia. You have to wonder how this item would go over today: 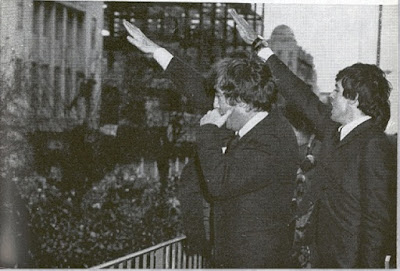 And, finally, the news page provides clarification about Paul's chipped tooth (mentioned in the previous issue) and an update on the band's automobile lineup: