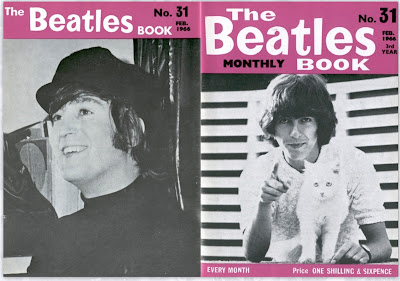 The February issue of the Beatles' official fan magazine catches the group still in the post Rubber Soul quiet period. Following a short British tour, their last, at the end of 1965, the band has been taking it easy, vacationing and contemplating their next film.

Probably the biggest news of the period was George's wedding, Jan. 21, to Pattie Boyd, which editor Johnny Dean notes in his opening editorial:

George is also featured in several photos at home with his new cat. 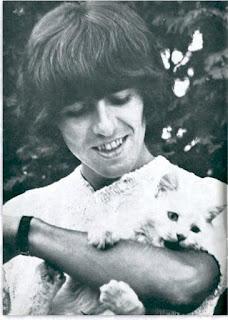 Other photos include some stage shots from the recent British tour, and the band behind the scenes, playing billiards with members of the Moody Blues. 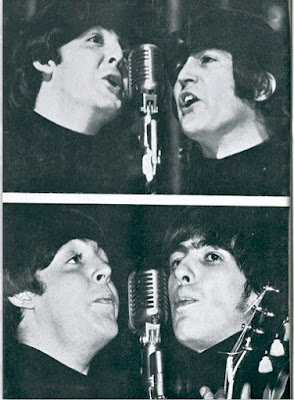 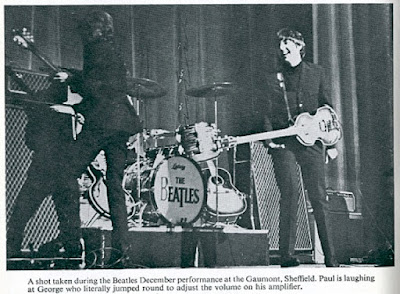 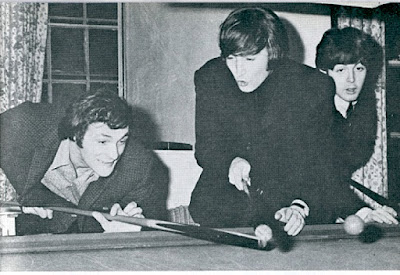 Feature stories include continued look-backs at the Beatles' first American visit in February 1964 and the roots of the Liverpool Beatles fan club. There's also this behind-the-scenes shot from the band's famous swimming pool photo for the Aug. 28, 1964, cover of Life magazine.

The release of Rubber Soul is still in everyone's mind, and the issue includes a few more shots from the sessions, including the group rehearsing/recording "Michelle." 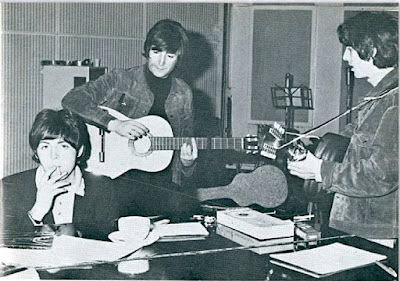 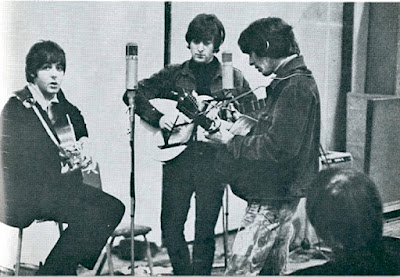 In the letters section, meanwhile, one American fan is glad she ordered the British version of the LP, while another correspondent complains about the cover. 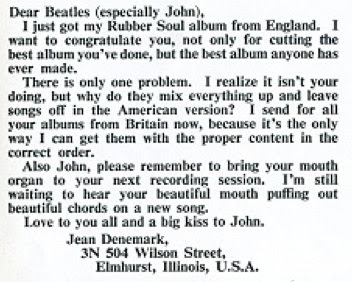 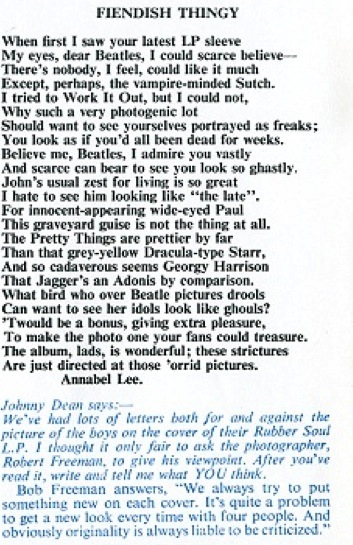 Still another fan is unhappy with the Beatles wax figures created for the Madame Tussauds museum in London. George concurs, though the band ended up using the statues on the cover of Sgt. Pepper a year or so later, anyway.

In a Beatle Talk section, George and Paul talk about the band's next film project, noting the Beatles have nixed the idea of shooting the Western spoof "A Talent for Loving." 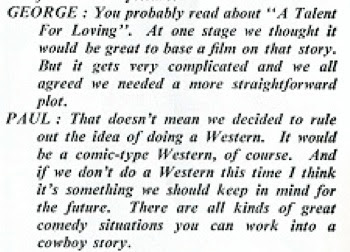 In the monthly news roundup, we get the latest details on Paul's London house, the group's verdict on the most recent James Bond film and their record-buying habits. 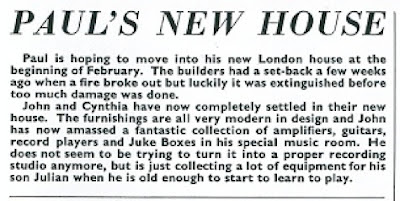 And we'll round things out with a few more pics from the issue. 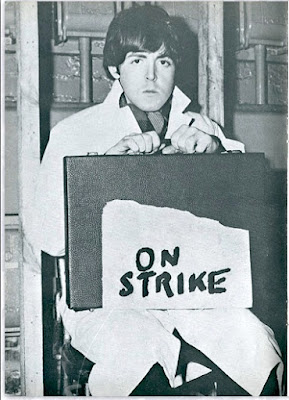 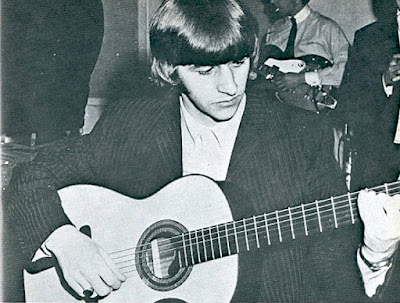 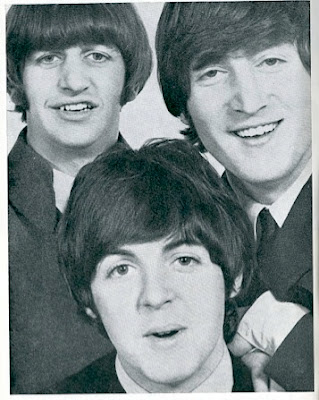