Beatle Bits: Meat-free in Paree, Anoushka on L.S.D., Paul and Ringo on TV and more!

In light of the Paris climate talks this week, Paul McCartney released a video suggesting Meat-Free Mondays are one way we can all reduce our carbon footprint:

Paul and his daughter Stella also sent a letter to British Prime Minister David Cameron encouraging him to promote Meat-Free Monday as a way to address climate change while attending the Paris meetings.

"Hey Jude" was among the songs played during a recent Donald Trump rally.

The musical "Hamilton" now playing on Broadway features some sneaky nods to the Beatles in its score.

Classical guitarist Miloš Karadaglić has a new album of Beatles covers out soon, which includes a rendition of "Lucy in the Sky with Diamonds" accompanied by Ravi Shankar's daughter Anoushka. 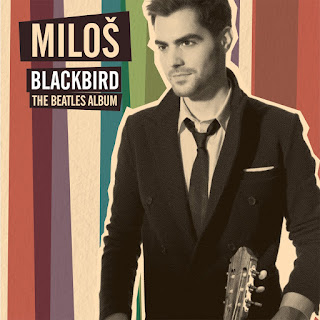 Nearly 300 Beatles fans dressed up as their idols in Mexico City this week in an attempt to set a world record for number of people dressed as a pop group.

The main thrust of Peebles speaking out about this now, 35 years after the fact, is to promote his participation in a new TV special, "The Last Lennon Interview," to air Dec. 8 on the new British channel ShowBiz TV, which launches the same day.

The Kohl's department store chain is using cover versions of the Beatles' "All Together Now" in a series of holiday-themed ads.


“It’s a big fee,” said David Fiorenza, an economics instructor at Villanova University who studies the entertainment industry, estimating that using short clips of “All Together Now” performed by a cover artist might have cost Kohl’s $100,000. “If you have to play the entire song, it would be a much bigger fee,” he said.

Rider University in New Jersey is hosting its first academic conference focused on the Beatles this weekend.

"Ticket to Rider" will feature several presenters talking about “all things Beatles,” including professor Kenneth Womack, author and editor of numerous books about The Beatles, including Long and Winding Roads: The Evolving Artistry of the Beatles, the Cambridge Companion to the Beatles, and The Beatles Encyclopedia: Everything Fab Four.

A new statue of the Beatles will be unveiled today on Liverpool's historic Pier Head.


“It has been undeniable that tourism has been an integral and driving factor in the renaissance of Liverpool and its most famous four sons have played a pivotal role in bringing people here," said Bill Heckle, managing director of the Cavern Club.

“We’re proud that we have been able to finance this project on behalf of fans from all over the world.” 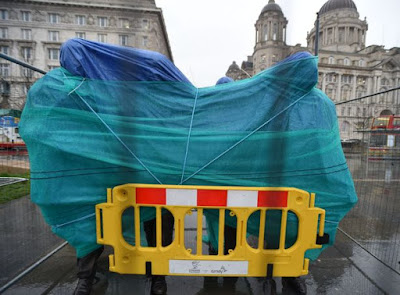 The Uttarakhand Forest Department in India is set to re-open the Rishikesh ashram where the Beatles studied Transcendental Meditation in 1968. The site has been abandoned for the past 10 years.

... the ashram will be developed as an eco-tourism destination and a pilgrimage place for Beatles fans. With a complete new look, the place may also be used for bird watching and nature walks.

A fan this week asked Paul McCartney, via his "You Gave Me the Answer" feature on his official website, why he is called "Paul," when his given name is "James Paul McCartney." Here's his reply:


“Thanks for your question Jayne. It’s a strange story! I was told that it was because if letters arrived at the house for James McCartney, you wouldn’t know whether it was my Dad - that was James McCartney - or me, James McCartney. So that worked until they called my brother - whose name was Peter Michael McCartney - Michael!? And there was no Peter in the house to confuse him with! So I’ve ended up thinking it was rather Irish! I’ve no idea! My mum was Irish – and I don’t know, maybe there’s just some old thing where they call you by your second name. Nobody ever called me James, it was always Paul!”

Ringo Starr met up with former Beatles Fan Club secretary Freda Kelly at Julien's Auctions, where a massive collection of Ringo and his wife Barbara Bach's belongings are being sold.


Starr looked for Freda right away when he entered the Green Room jokingly saying, 'Are you hiding from me?'” The two hadn't seen each other since 2008, so, according to an eyewitness report, it was a lovely reunion filled with typical Liverpool humor and a discussion of family and friends. Ringo asked the photographers to make sure they took pictures of Ringo and Freda together so they could share them with their grandchildren.

If you haven't seen "Good Ol' Freda," the documentary about Kelly's years of working for the Beatles, you should.

One item up for sale in the Ringo auction is his own copy of the "White Album." The first copies issued of the LP featured limited edition covers, each individually stamped, and Ringo owned the first one: A0000001. He listened to it, too:


"We used to play the vinyl in those days," Starr told Rolling Stone. "We didn't think, 'We'll keep it for 50 years and it will be in pristine condition.' Whoever gets it, it will have my fingerprints on it."

Ringo and Paul are set to appear by video in a 75th tribute birthday concert for John Lennon, set for tonight at Madison Square Garden. Those playing include John Fogerty, Spoon, Willie Nelson and more. The concert will air on AMC in the U.S. on Dec. 19.
at December 04, 2015