In the background: Man who watched Beatles cross Abbey Road passes away

Every wonder who that gentleman in the sport coat is, standing in the background as the Beatles famously cross the street on the cover of their Abbey Road album?

It was a Florida tourist, Paul Cole, who passed away this week at age 96.


On a London vacation with his wife, Cole — then a resident of Deerfield Beach — declined to enter a museum on the north London thoroughfare.

"I told her, 'I've seen enough museums. You go on in, take your time and look around and so on, and I'll just stay out here and see what's going on outside,'" he recalled.

Parked just outside was a black police van. "I like to just start talking with people," Cole said. "I walked out, and that cop was sitting there in that police car. I just started carrying on a conversation with him. I was asking him about all kinds of things, about the city of London and the traffic control, things like that. Passing the time of day."

In the picture, Cole is standing next to the police van.

..."I just happened to look up, and I saw those guys walking across the street like a line of ducks," Cole remembered. "A bunch of kooks, I called them, because they were rather radical-looking at that time. You didn't walk around in London barefoot." 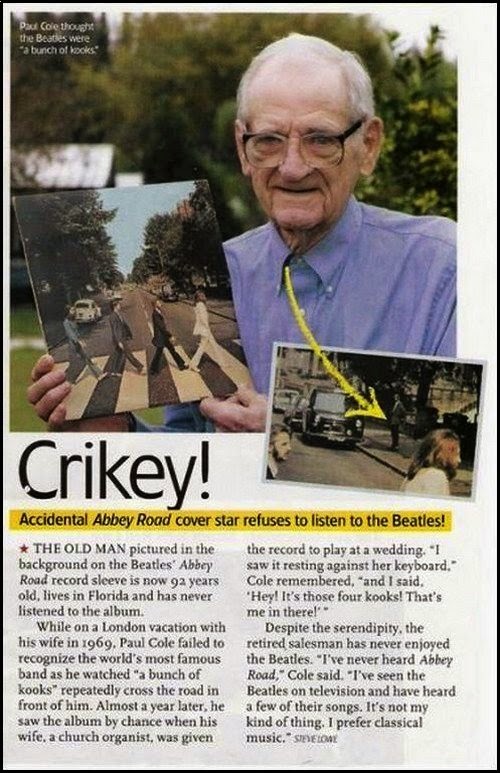