Proud to be in the new Beatlefan!

Thanks to the long-running Beatlefan magazine for using two of my book reviews in its latest issue.

Along with my reviews of "The Beatles Through Headphones," by Ted Montgomery and Louise Harrison's new memoir, "My Kid Brother's Band, a.k.a., The Beatles," you'll find lots of great stuff. 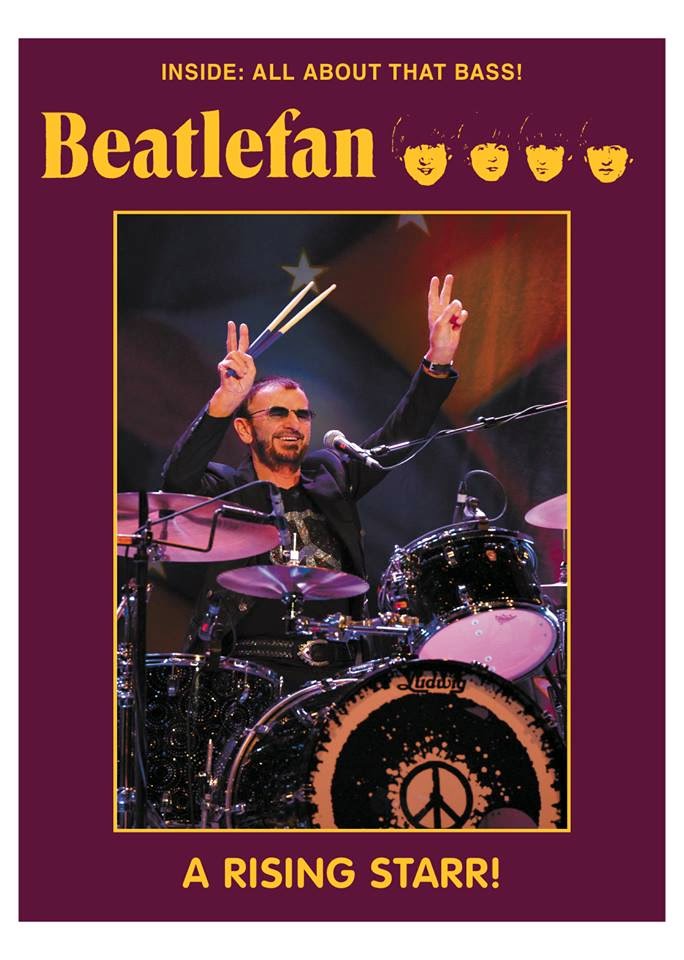 In honor of Ringo Starr's induction on his own into the Rock and Roll Hall of Fame, Beatlefan #212 has a special package of articles that includes a couple of recent fan encounters (including a tale of how Ringo is himself a Beatles memorabilia collector!) from Cortney Kintzer and Dave Persails and interviews by Ken Sharp with some of the current All Starr Band.

Also in the new Beatlefan is All About That Bass, in which Rick Glover, who is a bassist in addition to being the original Fan on the Run, takes a look at the various bass guitars Paul McCartney has played over the years, with a focus on the iconic Hofner and its place in his legend.

Among the other features in the new issue are Ken's interview with legendary record producer Glyn Johns, who talks about The Beatles' "Get Back"/"Let It Be" sessions; Bruce Spizer's 50th anniversary look back at the "Eight Days a Week" single; and Howie Edelson talking with Nick Lowe of Rockpile fame about opening for Wings in 1973. We also have an opinion piece by Jeff Cochran inspired by the recent reissue of "Wings at the Speed of Sound" and Bill Harry's tale of the girl The Beatles left behind.

Plus, four pages of reviews and all the latest news!

A sample issue costs $8 in the U.S. or $11 abroad. U.S. funds only. If you want the latest issue, be sure to specify #212. For more information, email goodypress@gmail.com.

Send to P.O. Box 33515, Decatur GA 30033. A year's subscription in the U.S. costs $33 for six issues or $37.50 if sent First Class Mail in an envelope. Canadian subscriptions cost $43 per year and for Mexico the cost is $50. International subscriptions to all other countries around the globe are $56 (sent Air Mail) U.S. funds only. CREDIT CARDS AND PAYPAL ACCEPTED (goodypress@mindspring.com). For credit card orders, you can call 404-713-6432 or e-mail goodypress@gmail.com.