A plaque marking the birthplace of Beatles manager Brian Epstein at 4 Rodney Street was unveiled in Liverpool over the weekend.


It was unveiled by Watford's Viv Jones, once an employee of Epstein, who said she was "very proud" to honour "the man who made the Beatles".

John Lennon's half-sister Julia Baird and Jeni Crowley who was secretary of The Beatles fan club were also at the ceremony. 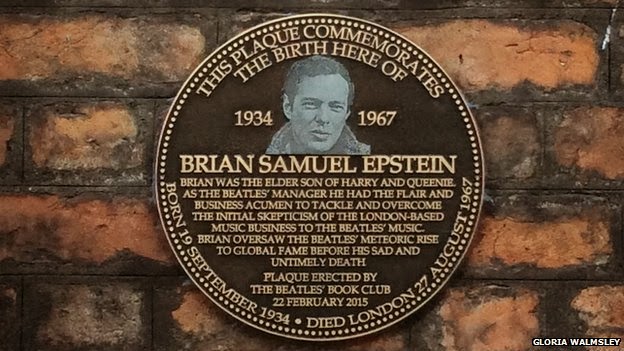