After a first tree was, somewhat ironically, killed by a beetle infestation, a new tree honoring George Harrison was planted this week in Los Angeles.


...a yew pine honouring the late Beatles guitarist was planted Wednesday in Griffith Park on what would have been Harrison’s 72nd birthday.

It was placed near the Griffith Observatory and replaces a Canary Island pine that was planted in 2004.

...A plaque near the tree site says it honours “a great humanitarian who touched the world as an artist, a musician and gardener.” 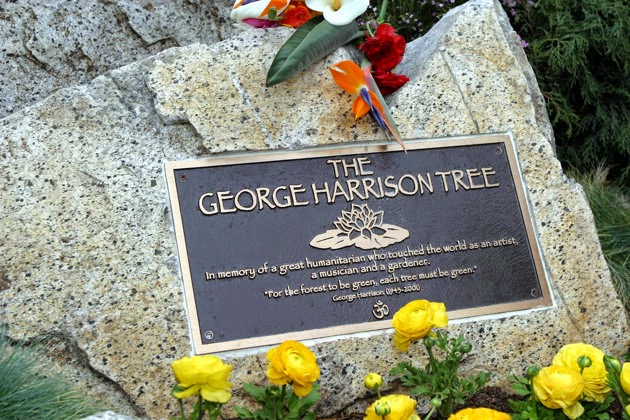