on October 05, 2014
A Gretsch 6120 reportedly played by John Lennon on the Beatles' recording of "Paperback Writer" is up for auction.

Lennon gave [the guitar} to his cousin, David Birch, in November 1967 a year after the hit single was produced in April 1966 at London's Abbey Road studios as part of the sessions for the band's Revolver album.

Mr Birch was given the guitar when he visited his older cousin at his Kenwood home in Weybridge, Surrey, and he asked him if he had one that he no longer wanted as he was trying to form his own band with friends.

His mother, Harriet, was a younger sister of Lennon's mother, Julia, and the music legend lived near to their family home in Woolton when he went to stay with his Aunt Mimi.

He said: "I was just cheeky enough to ask John for one of his spare guitars. "I had my eye on a blue Fender Stratocaster that was lying in the studio but John suggested the Gretsch and gave it to me as we were talking."

...The Beatles Monthly Book magazine photographer, Leslie Bryce, took a number of black and white and colour photos of Lennon using the Gretsch during the Paperback Writer session on April 14, said Tracksauction.com.

One of the photos that he took depicts the reverse of the body of Lennon's Gretsch and shows two idiosyncratic markings in the wood grain on the back of the main body of the instrument which are wholly peculiar to the Gretsch 6120 serial no 53940. In addition, there are close-up photos from the session clearly showing the wood grain on the front of the headstock of the guitar. 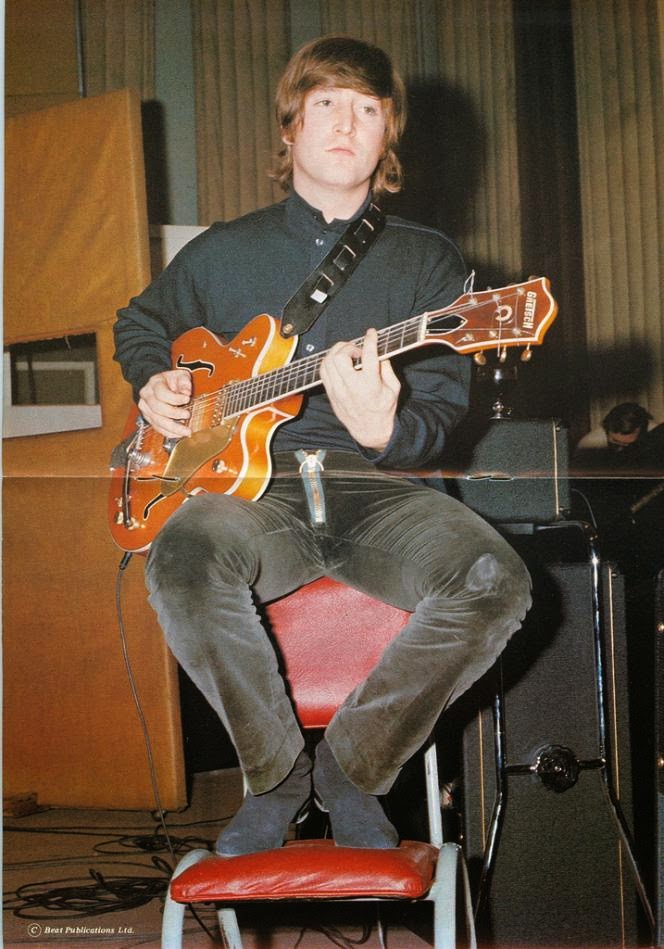