The Beatles have sent out official details on the upcoming Revolver releases. Click the links to pre-order available items from Amazon.

London – September 7, 2022 – Revolver: The Beatles’ 1966 album that changed everything. Spinning popular music off its axis and ushering in a vibrant new era of experimental, avant-garde sonic psychedelia, Revolver brought about a cultural sea change and marked an important turn in The Beatles’ own creative evolution. With Revolver, John Lennon, Paul McCartney, George Harrison, and Ringo Starr set sail together across a new musical sea.

Following the December 1965 release of their groundbreaking album, Rubber Soul, and after wrapping up that year’s tour dates, a late decision to cancel shooting plans for a third Beatles film, A Talent For Loving, would have a significant effect on the creation of Revolver. The time allocated for filming and recording songs for a soundtrack was removed from the band’s schedule, allowing the group to take a four-month break before the Revolver recording sessions began. “One thing’s for sure,” John said a few weeks before the band’s return to the studio, “the next LP is going to be very different.”

On April 6, 1966, The Beatles gathered in Studio Three at EMI Studios (now called Abbey Road Studios) for their first Revolver recording session. With their producer George Martin flanked by recording engineer Geoff Emerick and technical engineer Ken Townsend, they went in blazing, starting with “Tomorrow Never Knows”. John’s ethereal vocals (fed from his mic through a rotating Leslie speaker), innovative tape loops – including Paul saying ‘ah, ah, ah, ah’, which when sped up produced a sound similar to a seagull’s screech – converge with Ringo’s thunderous drum pattern, George’s tamboura drone, and a backwards guitar solo. “Tomorrow Never Knows” propelled The Beatles and popular music into exciting new terrain. In an interview before Revolver’s August 5, 1966 release, Paul explained to NME, “We did it because I, for one, am sick of doing sounds that people can claim to have heard before.” Revolver’s Special Edition also features The Beatles’ first take of “Tomorrow Never Knows” from the April 6 session and a mono mix that was issued on a small number of records before the LP was recut with the correct version.

The next day, The Beatles returned to Studio Three, completed most of their “Tomorrow Never Knows” recording, and started work on the first version of “Got To Get You Into My Life”. As heard on the Special Edition’s Sessions One, this recording sounds very different from the released track. Revolver’s Special Edition also spotlights two more stages of the finished track’s evolution: an unreleased mono mix and a special mix highlighting the overdubs of three trumpets and two tenor saxophones.

One of George’s most important songwriting influences is heard in “Love You To”. The previous year, his deepening interest in Indian music and learning how to play sitar had brought him together with Ravi Shankar, who became his close friend and occasional musical collaborator. The Beatles began recording “Love You To” in Studio Two on April 11, the third anniversary of the UK release of “From Me To You”. Taken with the whole of Revolver, the short three-year span between these songs illuminates the band’s astonishing creative progression. “It was one of the first tunes I wrote for sitar,” George later recalled. “This was the first song where I consciously tried to use the sitar and tabla on the basic track.” With George on sitar and vocals, Paul on tamboura and vocal harmony, and university student Anil Bhagwat on tabla, the song’s intricate arrangement began to take shape over several takes. Overdubs included an additional harmony vocal by Paul, omitted from the released version but now faded up in a mix of Take 7. Revolver’s Special Edition also features Take 1 and a previously undocumented and only recently discovered rehearsal for the song with George playing sitar and Paul on tamboura.

Between April 13 and 16 in Studios Two and Three, The Beatles recorded their chart-topping “Paperback Writer” single (with layered harmonies, riffing guitars, and Paul’s booming bass lines) and its B-side “Rain” (achieved with tape machines slowed down for the recording and mixing processes). Prior to the single’s release on June 10 (May 30 in the U.S.), The Beatles spent a couple of days away from recording to shoot several promotional films for both songs with director Michael Lindsay-Hogg, who would later direct the Let It Be film. In addition to the songs’ new stereo mixes and original mono mixes, Revolver’s Special Edition features “Paperback Writer” Takes 1 and 2 – Backing track and two versions of “Rain” Take 5: one at the actual speed The Beatles played it and the other, a slowed down evolutionary mix used to create the master tape.

The album’s opening track, “Taxman”, was recorded across three Studio Two sessions in April and May. One of three songs on the album by George, in “Taxman” he expresses his frustration with the UK’s ‘super-rich’ tax rate at the time (90%), with a vocal wink to the “Batman” TV theme song. In a 12-hour session on April 20, The Beatles recorded and mixed the first version of “And Your Bird Can Sing” (for this song, the Special Edition features two Version One/Take 2 recordings and Version Two’s Take 5), then began recording “Taxman”. They returned to the song the next day, laying down George’s foundational guitar, Paul’s bass and his dynamic, raga-style guitar solo, and Ringo’s drums and cowbell. Revolver’s Special Edition also features Take 11, with falsetto backing vocals by John and Paul with different words from the released version.

“Yellow Submarine” was recorded on May 26 and June 1 in Studios Three and Two, respectively. The iconic, sunny rite of singalong passage for children everywhere and a favorite for the young-at-heart began quite differently than it finished. Parts 1 and 2 of the Special Edition’s songwriting work tape for “Yellow Submarine” reveal the song’s evolution from a rather sad verse sung by John over acoustic guitar – “In the town where I was born / No one cared, no one cared…” – to its adaptation by John and Paul to suit the jollier subject matter of the chorus. Revolver’s Special Edition also includes “Yellow Submarine” Take 4 and highlighted sound effects (a complex and merry sonic seascape, including Mal Evans’ sand-shoveling and Brian Jones’ glass-clinking) for listeners to journey with The Beatles through the song’s progression. “We were really starting to find ourselves in the studio,” Ringo explained later. “The songs got more interesting, so with that the effects got more interesting.”

The Beatles’ final Revolver recording session took place in Studio Two on the evening of June 21, 1966 into the wee hours of June 22, just one day before the band traveled to Munich to start their international summer tour. The lyrics for “She Said She Said” drew upon the memory of a disorienting day of misadventure The Beatles had experienced in Los Angeles. Having received George’s help to create a whole new song from some unfinished fragments, John led the group through the rehearsals and recording while the clock ticked away the last remaining session time. Revolver’s Special Edition also features John’s home demo for the song and Take 15 – Backing track rehearsal, with its introductory speech revealing convivial banter between The Beatles as they worked out the arrangement (later praised by composer and conductor Leonard Bernstein as “remarkable” with “real inventions”).

By 4am on June 22, The Beatles finished “She Said She Said”, wrapping up their Revolver recording sessions. The album’s final mono and stereo mixes were completed that evening, and the next day The Beatles were once again off and running on tour. They would next return to Abbey Road in November 1966 to begin recording Sgt. Pepper’s Lonely Hearts Club Band.

Released on August 5, 1966, Revolver spent seven weeks at number one on the UK albums chart, and a double A-side single with “Eleanor Rigby” and “Yellow Submarine” topped the UK singles chart for four weeks in August and September. In the U.S., Capitol released an 11-track version of Revolver, which spent six weeks at number one on Billboard’s albums chart. “I’m Only Sleeping”, “And Your Bird Can Sing”, and “Doctor Robert” had been previously plucked from the sessions for Capitol’s North American release of the Yesterday And Today compilation album in June. That album’s sleeve was originally printed with the infamous “butcher cover” before pre-release controversy resulted in Capitol recalling and re-covering well over one million mono and stereo LPs with an innocuous photo of The Beatles gathered around a trunk. 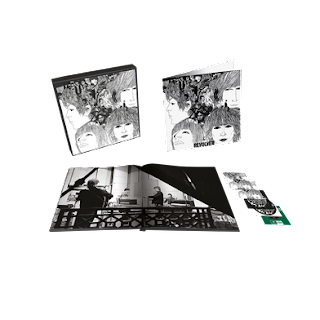 5: Here, There And Everywhere

7: She Said She Said

9: And Your Bird Can Sing

4: Got To Get You Into My Life (Second version) – Unnumbered mix – mono

7: Love You To (Unnumbered rehearsal) – mono

Album tracklist (same as above) 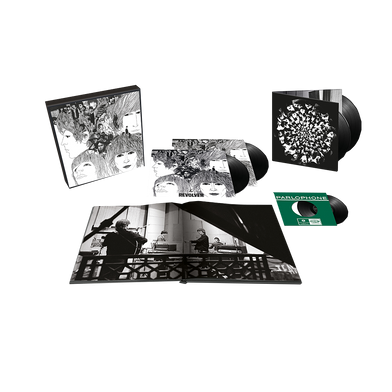 5: Here, There And Everywhere

7: She Said She Said

2: And Your Bird Can Sing

6: Got To Get You Into My Life

4: Got To Get You Into My Life (Second version) – Unnumbered mix – mono

7: Love You To (Unnumbered rehearsal) – mono

Album tracklist (same as above) 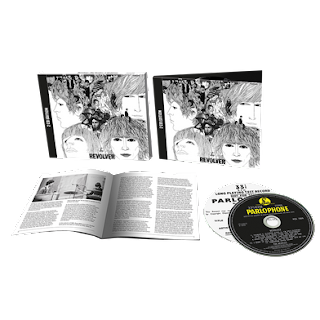 7: And Your Bird Can Sing (First version) Take 2 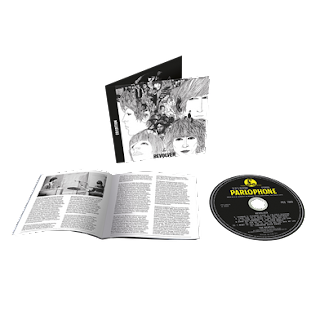 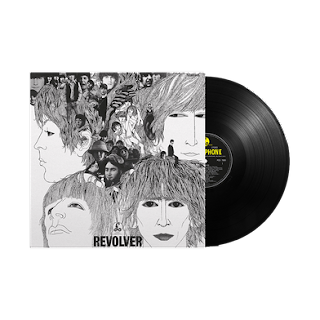 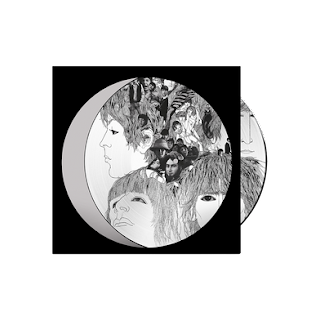