The British Library has acquired author, broadcaster and journalist Hunter Davies’ archive of notebooks, drafts, photographs and ephemera related to the writing of The Beatles: The Authorised Biography (1968). To date, it is still the only official biography of The Beatles, charting a unique first-hand account of the band’s rise to fame.

While writing the book, Davies spent eighteen months with the band and had unprecedented access to John Lennon, Paul McCartney, George Harrison and Ringo Starr, as well as to those within the orbit of one of the most influential music groups in history. He was present at pivotal moments in The Beatles legacy, including at their historic performance of All You Need Is Love as part of Britain’s contribution to the Our World satellite broadcast in June 1967 – the first ever live global television link.

The archive offers previously unseen insights into Davies’ relationship with The Beatles; it also offers a glimpse into the care, collaboration and consideration that goes into writing a book like The Beatles: The Authorised Biography (1968). Highlights include:

Hunter Davies says, “The further we get from The Beatles, the bigger they become. I never thought all these years later my scruffy notebooks would be of such interest – and I’m pleased that they’ll be made available to a wider audience of Beatles fans and researchers through the British Library.”

Greg Buzwell, Curator of Contemporary Literary Archives at the British Library, says “We are delighted to have acquired Hunter Davies’ archive on his biography. His collection of notebooks, ephemera and photographs offers us a fascinating glimpse into the career of the Beatles at their peak.”

“The archive also provides a unique record of how Hunter went about writing what remains the only authorised biography of the group. Given unparalleled access to John, Paul, George and Ringo, along with other influential figures in their lives, Hunter’s research notes for his book are an important addition to the Library’s collections, and offer a raw, first-hand perspective into how the Beatles became icons of 1960s counterculture and changed the face of popular music forever.”

To celebrate the acquisition, Davies will offer a behind the scenes look at the writing of the biography, sharing exclusive insights into his archive, at an event in person at the British Library, and online on 11 November 2022.

This acquisition builds significantly on the collection of The Beatles lyrics and papers that the Library already holds, some of which was donated by Davies in 2013, and can be seen in the free, permanent Sir John Ritblat Gallery: Treasures of the British Library.

Davies is a prolific author, journalist and broadcaster who has written for Punch, New Statesman, Guardian and Sunday Times. He is the author of more than 100 books, including the only authorised biography of The Beatles and biographies of Wordsworth, Beatrix Potter and Alfred Wainwright and celebrations of The Lake District and Hampstead Heath. 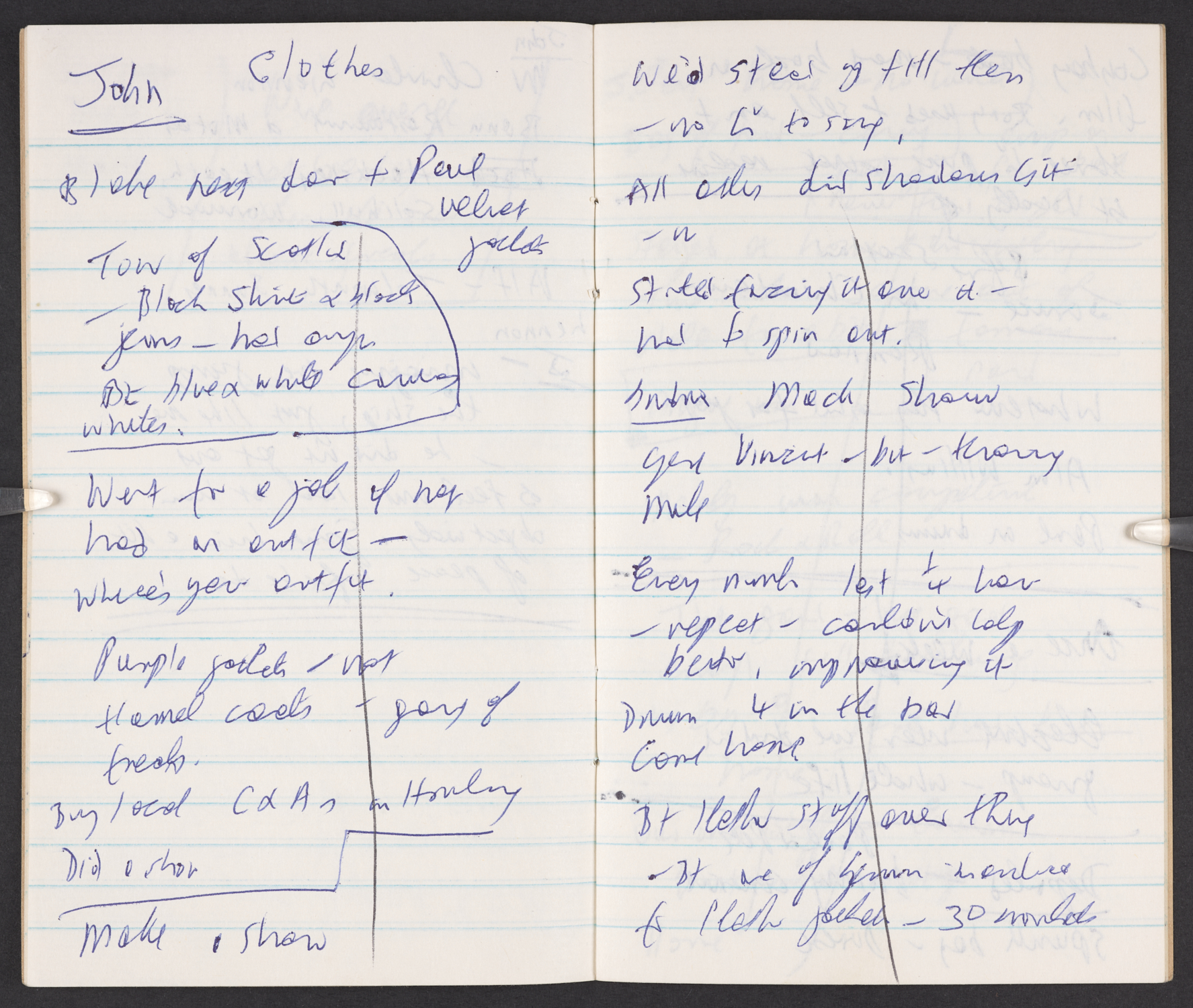 Davies' notebook, open at the page where he talks to John Lennon about the clothes the Beatles wore in their early years. (c) Hunter Davies 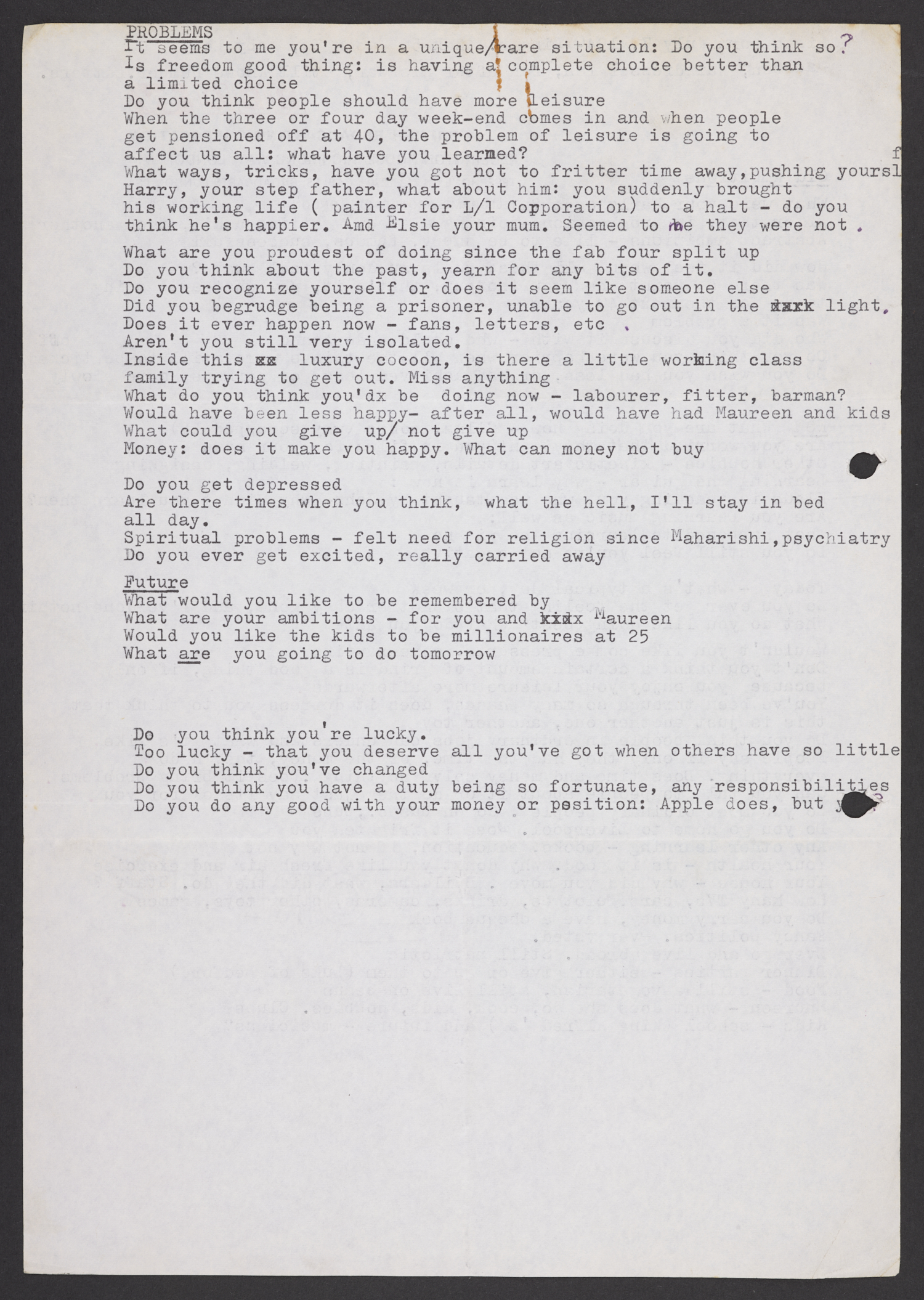